Pendleton, Oregon is well known for its Wild West culture. Pendleton is home to the famous Pendleton Round-Up which started in 1910. The rodeo is considered by many as the most exciting rodeo in the world. It is held each year on the second week in September. The population of Pendleton is normally 17,000, but during roundup it brings in roughly 50,000 people every year to the city. The roundup stadium, which seats 16,133, is looking spectacular.

Wednesday thru Saturday September 15th – September 18th, 2019 at Stillman Park
One of the great traditions of the Pendleton Roundup week is the VFW Cowboy Breakfast at Stillman Park. You can enjoy some live country music while you enjoy generous servings of pancakes, eggs, ham, coffee, milk, and juice. 6 AM to 10 AM 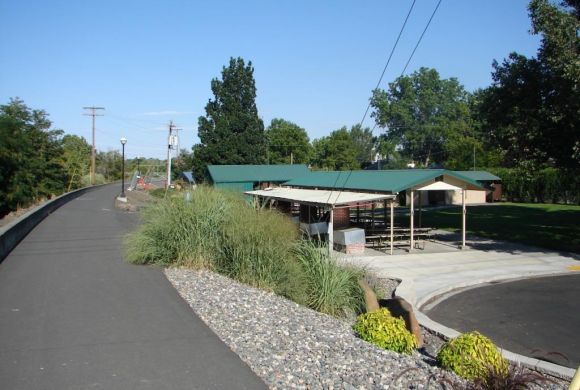 Pendleton Round-Up week begins with the Dress-Up parade
Before the roundup, this year (2021) is on Sept. 11, and starts at 10 am. Join in the fun with a float or just sit back and enjoy the show! Pretty much anything goes but you will for sure see some horses, Native Indians, Cowboys, Marching Bands, motorized floats, etc.

Westward Ho Parade.
During the roundup on Friday, September 17th 2021 at 10 A.M. There is the Westward Ho Parade. This is a traditional parade where no motorized vehicles are allowed. You will see early transportation such as mules, oxen-drawn covered wagons, Mormon carts, buggies, surreys, and much more. Also, featured will be most of the Indians who are camped at the Round-Up grounds, all dressed up in their tribal attire. You will see a lot horses, Cowboys, rodeo queen and princesses, and much more. 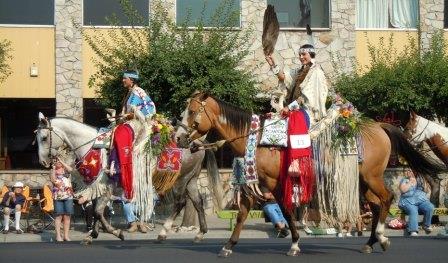 Without the traditions of the Native Indians the Round Up would be just another rodeo.

Indian Village
The tribal village includes more than 300 Tepees and is located next to the Round – Up. It is free for the public to go view the village. Indians from the surrounding area gather to visit with friends and family. They take part take part in the Happy Canyon Pageant and dance in the arena during rodeo matinees.

You might also want to visit the Wildhorse Resort & Casino located 8 miles East of Pendleton. 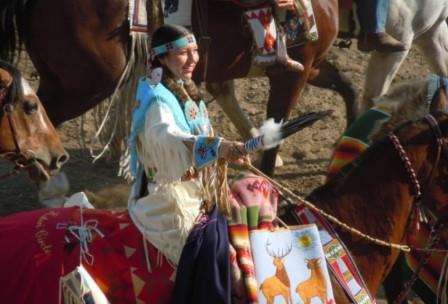 5. Xtreme Bulls Finale – Presented by Banner Bank
September 13th-14th, 2021 8:00 PM – 10:00 PM Cost $31-$51
If you’ve been waiting and wanting to see who the best of the best might be with the professional bull rides in the ProRodeo, your wait will soon be over! This sport is known to be one of the toughest and hardest on sports. The ProRodeo is going to be on the Xtreme Bulls Tour Finale presented by Banner Bank. Be sure to stick around and see the Xtreme Bulls Tour champion crowned! The event will last for a very exciting two days Sept. 13-14 with 24 contestants who will be qualified through a semifinals event before the grand finale. 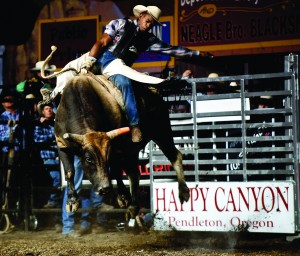 It is not only the rodeo that people flock to Pendleton for as there are many other events going on. Many people come for the drinking, dancing, yelling, and partying all week long.
Party here, party there, party everywhere. Your problem won’t be finding a party with good music and dancing but which party to attend. There are just too many to mention. Virtually every bar will have its own group booked and there will be many others outside the bars including under a motel in their party lot.

Please drink responsibly and have a designated driver. Remember this is the Wild West with real cowboys and Indians so treat them with respect and that is how they will treat you. Drive under the influence of alcohol and the Pendleton Police force will throw you in the crowded Umatilla County Jail and give you one gigantic fine. 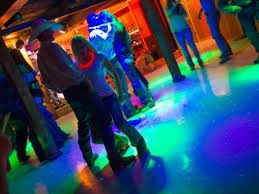 Do you ever say “If it’s free, it’s for me”. Well, cowboys, come on down to main street and enjoy the entertainment spread out on 5 stages. It won’t cost you any money, unless of course you checkout the many vendors selling delicious food and merchandise.
Greatest Free Show in the West! 2021

While the last year brought about plenty of disappointment, we are looking forward to a potentially great summer and the potential promotion of the “Greatest Free Show in the West” the Main Street Show!

Further site updates and news will be made as we progress further into 2021, a year still filled with promise and hope to go with the continuing pandemic.

Hope to see you in Pendleton September 2021!

8. 31st Annual Round-Up Foundation Memorial Golf
Sept. 13th, 2021 7:30 Am – 5:00 PM
Location Pendleton Country Club
The golf course can be extremely challenging for golfers regardless of if a beginner or expert. It’s a lot of fun regardless of the challenges. The Net proceeds help with supporting the Justin Cowboy Crisis Fund. 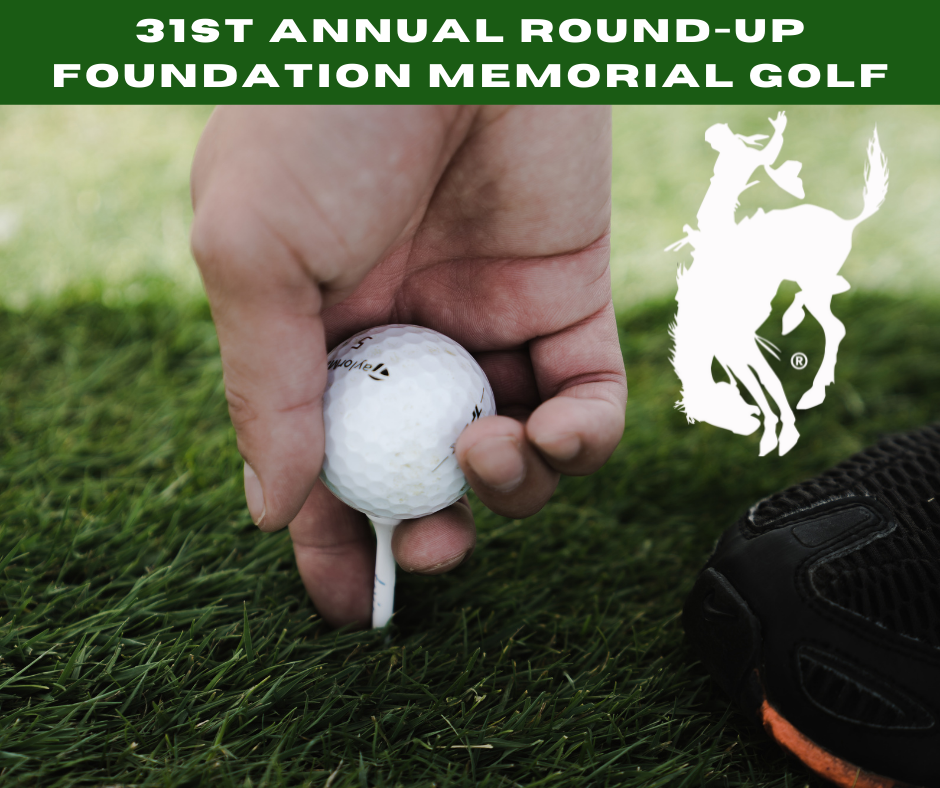 9. Happy Canyon Night Show September 15-18th
4,230 seat arena
This is a show that everyone should attend at least once or twice.
Show begins promptly at 7:45 p.m.
Price: $13-$26
Price: $13-$26 http://happycanyon.com/
The Happy Canyon Night Show is a show depicting the settling of the American West, beginning with a portrayal of the Native American way of life prior to the arrival of the white man, continuing with the arrival of Lewis and Clark, followed by the prairie schooners of the pioneers of the Oregon Trail and concluding with a reenactment of a frontier town’s rollicking main street mishaps.
The actors are members of the community, mostly volunteers, and include Native Indians from many different tribes.
It takes about 500 people to make the Happy Canyon Indian Pageant and Wild West show happen every year. The Happy canyon Show is a live performance with animals. Volunteers act out an entertaining version of how the West was settled. Hundreds of years are compressed in about a 2 hour performance including some comedy sketches, shoot-outs, and can-can dancers.

10. The Pendleton Roundup September 15th – September 18th 2021
Well, of course, the top fun thing to do during roundup week is to attend the World Famous Roundup itself.
Starting with the first go round, September 15th, at 1:15 pm.
Sept. 15th is the official start of the rodeo and runs until Saturday September 18thj. The rodeo starts at 1:15 P.M each day.
For ticket and general information visit pendletonroundup.com. The Pendleton Round-Up is a member of the Professional Rodeo Cowboys Association (PRCA). 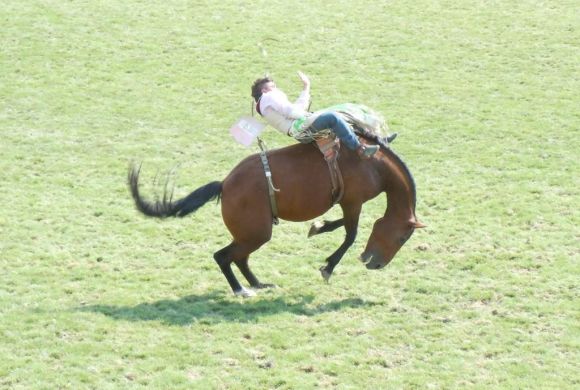 Conclusion
There is so much going on, we could not mention all of them in the top ten. You may want to also check out the Pendleton Hall of Fame across from the Round Up, Pendleton Underground tours, Pendleton Woolen Mills, Pendleton River walk, and much more.