Most of the jobs associated with manliness involve strength, courage, and lots of effort. These jobs are normally associated with manliness because they are often assumed by men and not women. Though some women may also be capable of performing these jobs, men are seen as more fitting to assume them. Here is a list of the top 10 manliest jobs today:

Being a lumberjack is considered a manly profession because of the increase in testosterone levels normally associated with cutting of wood. In a study conducted some years ago, it was discovered that testosterone levels of men shoot up after cutting down trees. It is also considered as one of the manliest jobs in the world because this career requires so much strength that only men are generally capable of performing it. Cutting wood is not just a laborious horticultural activity but is also a very aggressive one. No wonder, several things that are associated with being manly are often given the title of “lumberjack.” 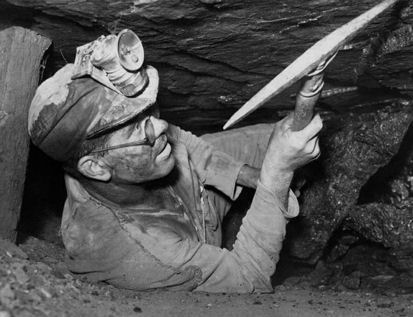 Being a coal miner is said to be the enemy of all things not associated with being manly. This profession involves several occupational hazards such as getting black and unhealthy lungs, getting lost in a cave, being hit by falling boulders and being poisoned to death by gas pockets. Because of the many hazards associated with this job, being a coal miner is seen as a profession that only men are capable of assuming. Aside from the hazards, it also involves getting dirty all the time. This is one of the manliest jobs ever because only men can afford to be covered from head to toe with black coal dust.

Joining the ranks of permanent firefighters involves being physically fit and sturdy, being a quick thinker and being community-minded. Firefighting is a profession that is normally associated with men because of the hazards that it involves. History of this profession can prove that many firefighters have already lost their lives while on duty since it involves having to scale high buildings and entering structures that are ablaze. Since it primarily involves saving lives, it is very seldom that this profession is associated with women. It is known to be very commonly among the top 10 manliest careers. While being a butcher is not a very common dream job for most men, this profession is actually one of the few jobs that are typically associated with manliness. This profession is seen as very manly that it is considered by some as something that is on par with being a stuntman in action movies or a movie director. What a butcher does is slaughter animals, dress their flesh, and get their meat either for food or trade. Most butchers are employed in supermarkets and are typically men. Performing the duties of a butcher requires strength and certain skills that women might find difficult to perform.

Being a marine is considered a very manly profession. Basically, marines are required to be physically fit and to have a posture of a real man. Though it is just a stereotypical notion, most women generally define marines as uniformed handsome man. These men are never without their weapons and are always geared up for hand to hand combats. Because they provide power protection from the sea, they are supposed to be brave and strong enough to withstand battles. They undergo taxing trainings to qualify for significant military powers. This profession is absolutely as one of the manliest jobs ever because it is hard to imagine a woman performing the duties of a marine. 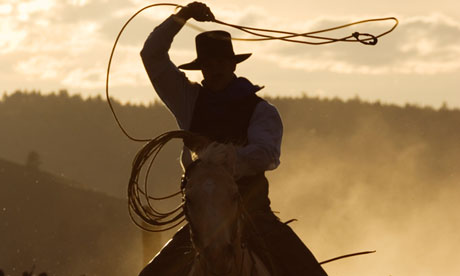 While it is quite hard to imagine women riding horses all day and getting involved in duels, being a cowboy is considered as one of the manliest jobs ever. Cowboys are typically portrayed as handsome men who demonstrate some traditional ruggedness. They ride horses all day, eat beans at night and carry a gun for protection. Most of the time, cowboys also get involved in fights as they try to move in on their lands. They are generally muscular and are equipped with considerable amount of strength to last long days riding horses and traveling from one place to another.

A demolition blaster is not as common a profession as it sounds. These men are those who are paid to blow houses up, especially houses of individuals and families who squat in illicit locations. This job is considered manly because it is something that only men can do. Because demolition in some places happens in most places almost every day, it requires men who assume this position to refrain from drinking too hard. This profession does not only require physical strength but also courage. Most of the time, families tend to get into duels with demolition blasters without even considering the fact that they are just paid to do the job. The dilemmas faced by demolition blasters are ideally best for men to deal with, which explains why it is considered as one of the top 10 manliest careers in the world.

Being a farmer requires one to toil all day under the sun. Because all farmers do is to create furrows and plant grains, they normally have calloused hands that any woman would never want to have. This profession is also considered manly as it involves having to endure much physical pain that only men can probably take. Though there are several female farmers, farming is inherently one of the top 10 manliest careers because of the amount of time and effort required in accomplishing it. Brick masons are generally strong and dexterous. This job is most common in construction sites where workers deal with rocks and blocks of various sizes. Since this profession requires extra strength, it is most ideal for men than for women. It involves having to work with rocks and cement all day—something that is hard to imagine being done by women, truly, one of the manliest jobs on this list.