Pokemon Go is a very popular free-to-play location-based, augmented reality game developed by Niantic for iOS and Android devices. It was released in most regions of the world in July 2016. Typically played on mobile phones, it uses your phone’s GPS and clock to detect where and when you are in the game and make Pokémon “appear” to you (on your phone screen) so you can go and catch them. The idea is to encourage you to travel around the real world to catch Pokémon in the game.

If you like playing Pokemon Go and would like to know the tips that will help you in being successful in the game? 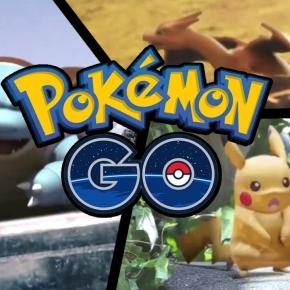 Here are 10 top Pokemon Go tips you should know:

When Pokémon appear, they appear for everyone and can be caught by every person in your area. As such, hunting in pairs (or even groups) is encouraged: Not only is it fun to banter with friends while wandering your neighbourhood for Pokemon, but you can also cover more ground.

It’s pretty impressive to see that Pikachu spawn on your coffee machine, but AR (augmented reality) can often make it harder to find your creatures and drain your battery, too. To keep your device steady and ready for anything, flip AR off – you can always turn it back on if you find a Pokémon in a particularly hilarious location.

As much fun as it is to play at lunchtime, the afternoon hours are often some of the busiest times for the game. If you can play later in the evening or early in the morning, you’ll have a much more enjoyable time exploring the world.

Once you’ve finally come across a Pokemon, it’s time to catch it. When you press and hold the Poke Ball, you’ll see a circle shrinking and growing around the Pokémon.

You should fling the Poke Ball when it’s the smallest. And try to hit the Pokemon in the centre. This will get you the highest points, and there’s greater chance of catching the Pokemon.

Catch Them All for a reason. Just because you already have a Pokémon doesn’t mean you don’t need another Pokemon from the same species. You see, it’s all about the candy.

Every time you catch a Pokemon, you get the candy. And the candy can be used for evolving the Pokemon across the species. Keep catching everything that you see, so that you can advance through the levels faster.

You’ll find Lucky Eggs around PokeStops. But use them wisely. Right, when you’re about the evolve a Pokemon, enable Luck Egg, and now you’ve got 1000 XP instead of 500.

Looking for a particular type of Pokemon, whether it’s to expand your roster or grab enough duplicates to evolve one, use the tracker to find which specific Pokemon are in range by tapping the little bar at the bottom right of the screen.

Different Pokemon appears at various times of the day, try visiting the area you’re always in at different times to see what new Pokemon you can find. It’s also worth changing your routes to work or home every now and again to find new Pokemon while playing Pokemon Go

If you’re going to spend real money on Pokemon Go, egg incubators are the best bang for your money, working out to about 33 cents per egg hatched.

Conclusion
Practice, practice and practice! Have fun playing Pokemon Go on iPhone, Pokemon Go on Android and on other mobile devices.