You now hold in your hands one of the latest mobiles phones available in the market. Following the 4s, iPhone 5 is the 6th installment of the iPhone. With its thinner body, larger display, and better camera, consumers lined up to get their hands on this latest release from Apple. It became an instant hit worldwide. The tech world quickly responded by coming out with apps and accessories for this phone. Before 2012 closed, iPhone 5’s sales rocketed twenty times faster than its predecessors. You have an iPhone 5 now, what’s next? Whether you’re an iPhone lover or a new convert, it’s no secret that there are thousands of available apps in the App Store. It would be best to maximize its new features by downloading the top apps. Instead of mindlessly scrolling through the store, check out these top 10 apps are best for you iPhone 5.

Photo Source:  www.boston.com
If you are a social media person always on the go, you will find Cloze to be very handy. This applications in iPhone 5 puts together tweets, Facebook posts, emails and other social media bits from your contacts. You can prioritize which to display according to the person’s relevance to you. Cloze is free to download and free to use. As most apps, you will be required to create an account and allow the app to access your social media networks and emails. Cloze boosts a clean and minimalist layout that remains to appear uncluttered despite the number of messages and updates you get from your contacts. Photo Source: www.oneclickroot.com
Formerly known as Read It Later, Pocket is one of the top free apps for the iPhone 5 that allows users to save web articles, videos, news or they find online that for later viewing. This app is easy on the eyes and easy to use. You can either bookmark a page or email the link to your personal account. Pocket was well received when it was launched in 2012, getting positive feedback from tech groups such as Wired, Gizmodo, and TechCrunch. It became the App Store’s Best of 2012 and was noted by USA Today as “Essential App for Travel.”

Photo Source: audio4cast.com
The essential application iPhone 5 for music lovers for music on-demand and music library management. It’s so good that even Facebook’s Mark Zuckerberg approves of it. Spotify holds millions of songs for online and offline music streaming. Users can browse music, create and share playlists, and wirelessly sync music to other Apple devices. While famous musicians and chart-topping songs are available on Spotify, this app also has up and coming artists’ songs to push users to discover new music. Download the free version or get Spotify Premium for even more features. 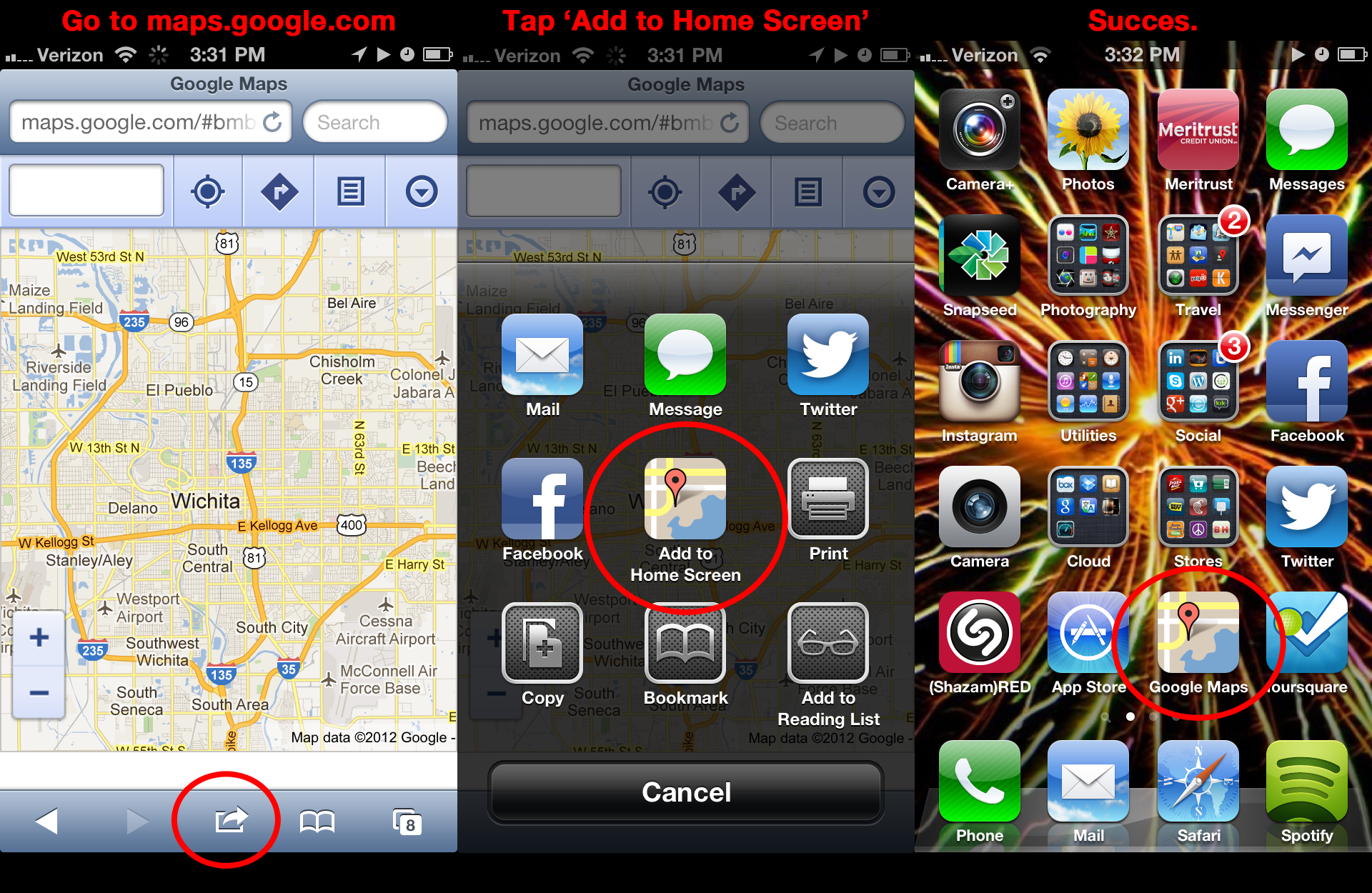 Despite its shortcomings in its initial release, Google Maps still proves to be the go-to app for maps. Although Apple came out with its own map app, users still use Google Maps to navigate through and explore cities. With its latest update users can now use this app in 200 countries and access information on millions of places worldwide. It features voice guided GPS navigation, directions via public transport and even by walking. If you are lost in a new city, Google Maps can help you its list of restaurants, museums, and other places to visit complete with a street view feature and reviews from other users and experts. You can also use this application iPhone 5 offline and is available in more than 10 different languages.

If you are a fan of the classic ball game, Star Wars, and games with amazing graphics, Star Wars Pinball is the best thing your $2 can get you. This game features the iconic characters, episodes themed tables, and quality high resolution display. Critics gave this game 8.5 – 9.5 score noting it as a complete arcade experience. Star Wars Pinball is developed by Zen Studios Ltd. and recently released in the market last March 2013. This is one of the top 10 apps for iPhone 5 that users enjoy during their leisure time.

Make the most of your iPhone 5’s bigger screen with this standout on-demand TV app. The BBC iPlayer perfectly fill the iPhone 5’s widescreen with TV programs you can watch and listen live. Although this app requires internet connection, you can add shows on your list to watch later. Its latest update also improved its use of AirPlay adding a new button for video playback and easier streaming with your Apple TV or any other AirPlay device. Download BBC iPlayer for free on the App Store. This is one of the top free apps for the iPhone 5 and other apple devices.

From the makers of Twitter comes a new take on social networking. Vine lets users create a 6-second video and share them on Facebook and Twitter. Share life in motion with this is one of the top free apps for  the iPhone that is optimized for the iPhone 5. Vine is one of the latest app available in the market and despite the shortcomings in its initial release, the developers constantly make helpful updates and in now on its 1.3.1 version.

Camera+ further enhances the iPhone 5’s 8mp camera with its SLR-like features. Even if you’re not a seasoned photographer, this app will make you enjoy taking photos. Camera+ has its well noted Clarity filter that turns a bad photo to a crisp work of art. Another useful feature is its stabilizer prevents you from taking photos unless your hand is completely stable thus avoiding poor quality blurred photos. Camera+ received excellent reviews from the tech community and was awarded Best Visual Design and Best Photography App by the Best App Ever Awards. For only $2, this is one of the great iPhone apps that is worth downloading.

Make beautiful movies with this pocket-sized version of iMovie, which is one of the great apps for iPhone 5. With iMovie, users can quickly edit and share HD videos taken by their iPhone 5’s camera. Add a theme music, edit transitions and choose from three different resolutions to export your movie. iMovie comes with a price, though, but it doesn’t scrimp on features and updates from Apple.

Limbo is the latest craze in the App Store and the top free apps for the iPhone 5. Although it may be considered expensive at $4.99, this game is taking the market by storm. Limbo is a story of a boy searching for his sister in an eerie yet beautiful world. The videogame and news community Destructoid described Limbo as “close to perfect at what it does as a game can get.” If you are looking for unconventional games for your iPhone 5, try downloading Limbo and see why this game has won hundreds of awards including IGN’s “Best Horror Game.”

Like it? Share it!
Women Prepare for Australian Open < Previous
Top 10 Toughest Mobile Phones in the World Next >