Top 10 Worst Wildfires in the World

One of the biggest problems that the world is facing aside from the economic pitfalls is the unprecedented occurrences of natural calamities. Not only does a calamity bring about massive death and destruction to the country, but it also causes great financial issues. This natural disaster can be in the form of a flood, storm or even a forest fire. The ill effects of forest fires are also destructive, and heart wrenching. It is also known as bush fire, grass fire, brush fire, and wild fire.  Bringing about many health hazards, this is one of the hardest dilemmas to contain as there is no given time as to how long wild fires last. As it can be regularly fuelled, it is very hard to measure the effects of it to the community and especially to the people affected. This is not just hazardous to human’s well-being, but also to the environment. This will result to floods and even soil erosion because trees are already trodden down because of fire. Here are the top 10 worst wildfires in the world: In 1971, about 840 acres of land was lost due to the forest fires in Honshu. The blazes started out when some workers in a construction site set fire to clear out the weeds in the land. A gust of wind came along and the fire just went out of control from there on. About 18 fire fighters were killed during the said fire. There is no available picture of forest fire that actually happened in 1971, but this is the rarest picture which is a perfect description of wildfire that hit Japan. Due to the weather conditions, the summer of 2007 was bombarded with a large number of wild fires. More than 500 thousand acres of land was destroyed because of the 3,000 fires that occurred during that period of time. The flames wiped out over 2,000 buildings and houses which made this calamity as one of the largest wildfires in the history. Over 80 people were found dead during the aftermath of the calamity. As the blazes were widespread, they almost damaged the historical sites in Athens and even the one in Olympia. 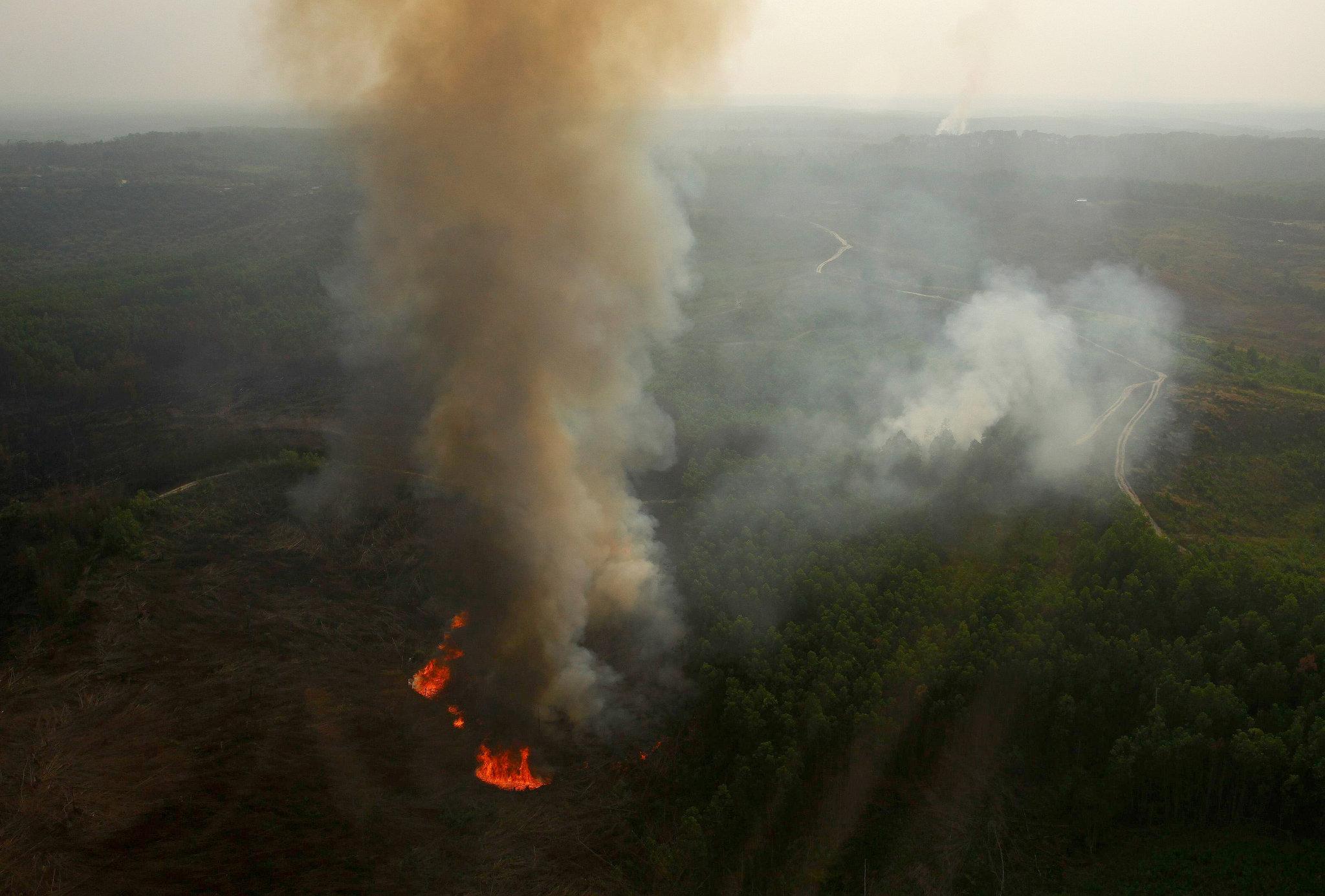 Known to have some of the worst forest fires in the history, especially in Asia, Indonesian’s fires affect huge masses of land. However many of them have been suspected to be orchestrated to pave the land for agricultural purposes or to oust those living in those areas. However as fires are very hard to contain, they tend to get out of hand, affecting other neighbouring countries such as Malaysia and Singapore. Once these fires get out of hand, it is often very hard to contain them as the flames tend to be too hard. A lot of homes are lost in the process and a lot of lives are sacrificed. Often causing hazes, their fires bring about a lot of health hazards to the people in Indonesia and even nearby nations. In fact many people in other countries would complain that the quality of their air becomes compromised due to the haze from Indonesia.

Known to be one of the worst wild fires for the South Western side of the United States, the damage left over 500 hundred thousand acres burnt down. Many properties were damaged during the fire and countless people were left homeless. A lot of land was involved affecting a lot of livelihoods. Numerous people perished in the blazing fire as they were trapped during the onslaught of the blazes.

Portugal has been reported to have some of the deadliest forest fires seen by the Europeans. In 2003, there was a time when they experienced odd weather conditions. They started having strong winds with extremely hot and dry air. Because of this, the forests were affecting, causing about 300 thousand over hectares of land to burn down. The massive loss of trees brought erosion of soul in the area that upset the water sources and even the agricultural practices in that area. About fifteen people died during this calamity. Damages came to an estimate of about a billion euros.

In December 2010, the northern part of Israel experienced the largest forest fire in their country. Killing at least 40 people, more than 10,000 people were left homeless. Several prison guards even passed away as they tried to outrun the flames.

Last 2010, over 3 million acres of land was burned down in the Tunari National Park. Based on the results of the arson investigation team, and some hearsay that this is one of the largest wildfires in Europe that the real cause was to convert the land for agricultural purposes wherein it left a massive damage not just to the area, but to the environment. To make matters, the government did not have the necessary equipment to be able to contain the fires. So people just carried buckets with water to help douse the fires out. This is one of the worst wildfires in the whole Canadian history that happened on October 7, 1825, wherein about 3 million acres of forestation was burnt down in the areas of New Brunswick. Extending all the way to the state of Maine in the United States wherein an estimation of about 160 people were killed. However this statistic is inaccurate as there were said to be numerous loggers that were unaccounted for in the area. 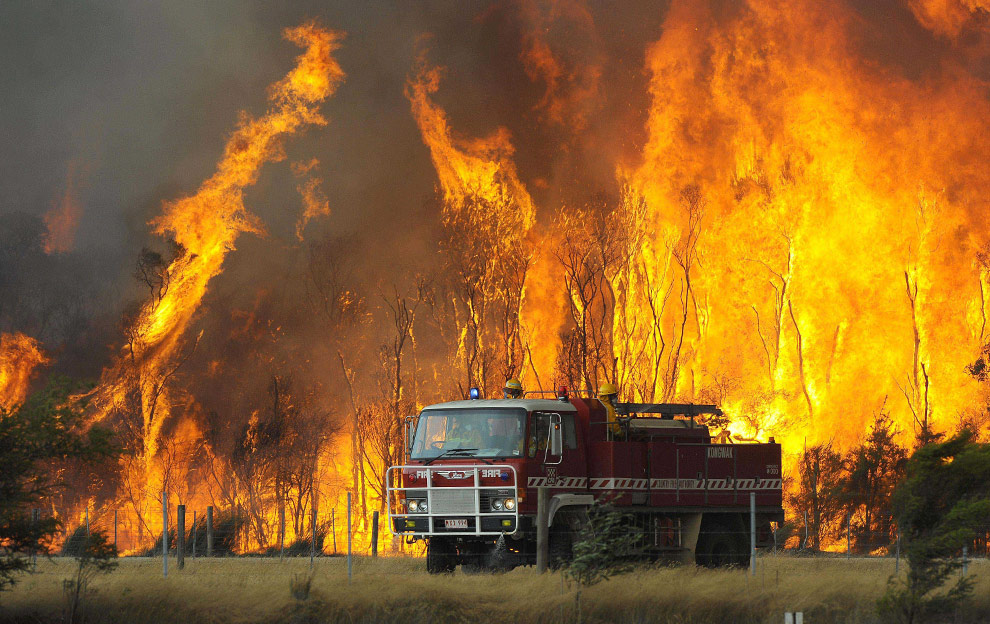 To the citizens of Australia, this is the most devastating and the worst wildfires in the state of Victoria because of the number of lives sacrificed, and injuries recorded. On January 13, 1939, the event, more commonly known as the Black Friday Bushfire, affected so many people’s lives. Roughly 5 million acres of land were burnt to a crisp. The number of casualties reached over 70 people. 3/4s of the entire state was devastated and over a thousand homes were wiped out in the process. As the damage was huge, even New Zealand felt the impact of the fire as they received ash fall as well.

The forests in Siberia usually experience fires on a regular basis. However one of the bigger forest fires happened during the summer of 2003. During that time, over 27 million acres of land were burning all at the same time. To make matters worse, the fires burning recorded were 157 fires that simultaneously occurring at the same time. The amount of smoke produced from the fires had reached Osaka, Japan. Washington in the United States was also affected as they received soot from the fires. The fires were apparently done intentionally by unlicensed firms who sell lumbers to China at cheaper cost. This is indeed the world’s worst wildfires in the world because typically the effects would only be extended in the surrounding areas, but reaching other countries is extremely at rage and dangerous.