Halloween is one of the most popular holidays all around the globe. Celebrated usually on the night of October 31, this festive celebration includes traditional activities like bonfires, trick or treating, visiting haunted houses, costume parties, and carving jack-o-lanterns. It was the Scottish and Irish immigrants that carried their versions of this tradition to the Northern part of America during the 19th century. Because a lot of people has grown accustomed to it, the holiday was eventually embraced in the late twentieth century including the United States, Ireland, Puerto Rico, Canada, the United Kingdom, as well as of New Zealand and Australia.

Halloween festival frequently involves bonfires. It has long been believed that fires attract insects to the area that eventually attracts bats. And bats are known additional attributes of Halloween history. Another activity is trick or treating which normally involves young children going around from one house to another in cute costumes, asking for sweet treats. But of the many activities in Halloween, the most popular are the Halloween parties. With the right Halloween costumes that associate Halloween icons, Halloween parties will always be a fun-filled experience. Below are top 10 Halloween icons that you might want to get an idea from for your annual Halloween party.

Tobe Hooper’s Texas Chainsaw massacre is one of the most unsettling films ever made in history. For four years, the movie is still considered a timeless horror master class, thanks to the Leatherface who has become the benchmark for slasher villains for years to come. Of the hundreds of horror icons, the Leatherface is surely one horror icon that is difficult to deal with. 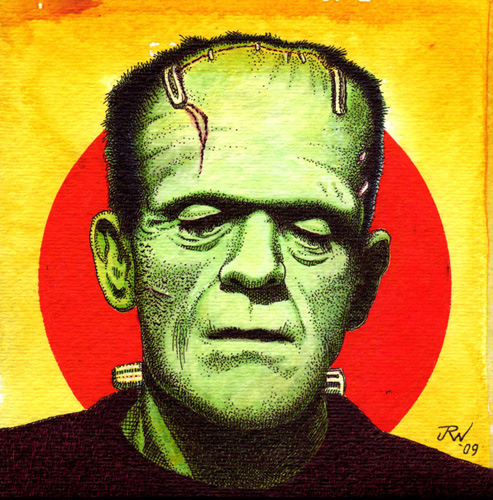 The interpretation of one of the horror fiction’s greatest creations by the iconic Boris Karloff has become a definition of horror icon ever since. Nothing comes close with the depiction of this Mary Shelley’s creation and its image remains utterly chilling. Eight plus years after its release, this horror icon can still send chills because of the visible bolts in his neck.

Norman Bates of Psycho is one crazy man with crazy thought about his mom rolling around his head. But just the same, he is still a man out for murder. Of course you really can’t plan for somebody to surprise you especially when you are in the shower but for some strange reasons, Bates can show up in your room, and that will be a face to face battle. But don’t get deceived by his mother-loving personality because he is still one creepy, passive-aggressive murderer that will surely freak the hell out of you that makes it as  one of the Top 10 Halloween Icons.

Chucky is a plastic doll but with the soul of a killer that is also one of the favorite Halloween icon costumes for kids and even adults. With very small hand and overall general physical weakness, this terrifying doll is no match for China’s plastic. But even though he is really just a plastic piece of crap, people still get scared every time they think about this murdering serial killer.

This school girl is blessed with some dangerous abilities but this is only unleashed when she is angry. Anybody understands how difficult it is to deal with an emotional high school girl. And carry is one emotional high school girl. Keep her happy, send her flowers, bring her cupcake, and make sure you do something for her. Otherwise when she gets mad and realize that you really don’t love her, you are in for a great surprise.  It became a part of the Halloweens icon league. 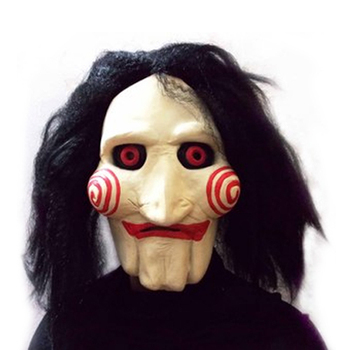 If you have the guts to deal with Jigsaw, then you are likely a jerk in the first place with this one of the top 10 Halloween icons in the history of Halloween parties. Once you get caught up with him, he can do methods that will cause painful madness. And the only way for you to survive is to play his game. Surprisingly on a weird level, Jigsaw will try to make you a better person. Generally, there is no way you can defeat this character but you are more likely to survive as long as you do what you are told to do- to play his games.

He is by far one of the most feared horror icons all for a very good reason: he will haunt you and take your skin and your soul while simultaneously torture you till eternity. The good thing about this though is that he is also one of the most intellectually capable and understanding horror icons that you could meet unfortunately. While he has done a fair share of deals during his time, the bad thing is that some people are not that good at keep up their ends of the bargain with this horror icon. Basically, what Pinhead wants is to torture your soul.

Samara was killed by her mother by dropping her in a well. The unfortunate child spreads her wrath by relying on popularity of video tapes. If for some strange chance you do come across with a creepy video, you are said to have only seven days to make a copy of it and make somebody else watch the video. Samara is notably the only horror Halloween icon that attacks on a schedule. After you watch the video, you only have five days to prepare until she appears. No wonder, why it is one of the favorite Halloween icon costumes during Halloween parties.

This is a very terrifying movie where falcons and eagles are thrown in and the humans are bound for a tough fight. Plus, these birds can also kill wolves which make them scarier. Flame throwers and shovels were used to contain these birds along with electromagnetic guns that are being used as one of the top 10 Halloween icons.

From the movie Paranormal Activity, Toby is by far one of the worst demons in the history of hell that became part of the Halloweens icon league. Just at first look, he seems to be so terrifying. But as the story progresses, Toby starts to deal with witchy women just so can access their first born sons. On the third installment, the Paranormal Activity 3, he eventually was noted to be hanging around with little kids, and became more violent demon. Defeating this horror icon is next to impossible. So when you are on his spell, you are definitely doomed.