Also known as Hallow’s Eve, the Halloween season is one of the most anticipated seasons of the year. This season induces both fear and fun among people not just because it is typically associated with ghosts and monsters, but also because it is the time of the year when they get to make the best use of their creative juices as they decorate their homes with eerie stuff and gussy up to look uncanny enough to scare other people. During the Halloween season, it is common for people to organize Halloween parties, invite guests for cocktails, require them to wear Halloween costumes, and go out to scare people. Because this season is known as the festival of the dead, some people believe that this is the time of the year when ghosts of the dead wander around to visit and scare the living. For those who do not find trick or treats that fun, going on tours to visit haunted places is another option. There are several places around the world that are known for their Halloween attractions so they are very often visited by tourists during the season. Here is a list of the top ten Halloween destinations 2013:

Thousands of tourists arrive in the small town of Tombstone, Arizona every year because of the several ghost stories surrounding this town. This place was where the famous shootout at the O.K. Corral took place, and people who visit the town during the Halloween season always visit the graves of the three men killed during the shootout. The Tombstone Ghost Tour is known as one of the most haunted tours in the United States because it used to be a ghost town. Today, it is known around the world because of the famous Helldorado Days celebration.

San Francisco is known as the best trick-or-treating place in the United States. Holding such parties in this place during the Halloween season involves the least walking, the most candy and the safest streets for kids, according to a study conducted several years ago. The city was assessed through its local home values, population density, walkability of neighborhoods and crime rates, and it was found out that it could be one of the best places for ghoulish jaunt during the Halloween season. Known as the most haunted city in the United States, Savannah, Georgia is one of the 10 best Halloween vacation spots to visit during the Halloween season. This historic town prides itself on its fascinating beauty and charm, but not so many people know that this town actually has a harrowing, dark side. Several horror tales surround this town, including stories of aggravated spirits, haunted homes and cemeteries and many other things. The most famous tale about this town is that of the mysterious murderer, a gay antique dealer, who killed the town’s hustler. Every year, tourists visit this place to see for themselves the haunted houses and oddball characters in this town.

Madison, Wisconsin is internationally known for its beauty, but since the past several years, it has also become one of the most popular destinations during the Halloween season because of the State Street Halloween Party.  Since 2006, this street party has been held in Madison, Wisconsin during November, where thousands of people gather together, dressed in their Halloween costumes. This annual festival draws as many as 100,000 party goers from all around the United States every year, celebrating the Halloween and making riots. This is one of the Best Halloween Attractions 2013. London, England is famous around the world because of its prim and proper royalty, but during the Halloween season, this town turns to be one of the most riotous in the world. Every year, London opens several Scariest Halloween Attractions to thousands of tourists around the world. It all began in 1988 when terror ruled the streets of the city on a Jack the Ripper Ghost Walk. People who visit this place during the Halloween season enjoy audio guided tours that follow the murderous barber Sweeney Todd, and hear bloodcurdling stories from their London-based tour guides. They are also led to the London Dungeon where they know more about the bloody past of the city.

The city of Salem in Massachusetts is most known for witch hunts during the Halloween season and this is one of the Top Spookiest Halloween Destinations. This historic town opens different attractions to tourists during the season, including haunted harbor cruises and cemetery walks. Among the other famous attractions of Salem are the Halloween Balls and the Salem Witch Trials. It is also famous for what they call the Festival of the Dead, where tourists explore death’s macabre customs, heretical histories and strange rituals in the city. The Witches’ Halloween Ball is also annually held to let tourists dance, eat and experience psychic readings.

Also known as “The City that Never Sleeps,” New York is one of the most famous destinations during the Halloween season. It is where the Village Halloween Parade is held every year, which is a three-hour parade that weaves through the West Village and draws about 50,000 participants from different parts of the United States and offers a day of live encounter with bands, dancers, giant puppets, artists and drag queens. It is indeed one of the Top 10 Halloween Destinations this year. 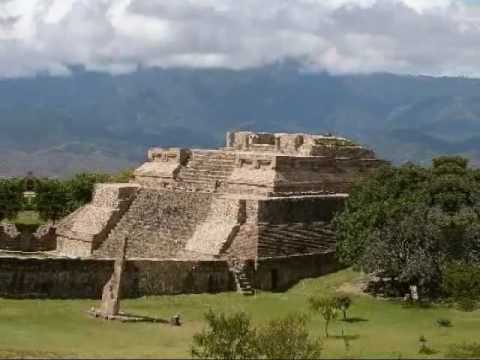 Celebration of The Day of the Dead in the small town of Oaxaca in Mexico is like no other. This place is widely renowned for its Day of the Dead traditions which draw thousands of tourists from around the world and cited in the10 Best Halloween Vacation Spots. During the day of the celebration, tourists are brought to colorful markets to witness magnificent san tapestry. By night, they are brought to the haunted cemeteries in town to see vigils and processions.

During the Halloween season, Orlando, Florida is transformed into a horror arena. It is most famous for the Halloween Horror Nights, where theme parks are opened to thousands of tourists. People who visit this place during the season are brought to the eight famous haunted houses in Orlando and are entertained and terrified by street performers who are paid to scare people at night.

Halloween in New Orleans is one of the most celebrated in the world and Best Halloween Attractions 2013. Surrounding this place are hundreds of Voodoo Shops and above ground cemeteries that are said to be haunted. During the season, the Frenchmen Street is also visited by tourists who are looking for outrageous Halloween street parties. They come in their Halloween costumes, dance and listen to live music as they celebrate the season together. It is also famous for the Mad Monster Party Gras, where people see zombies, aliens and witches in a three-day horror and sci-fi convention.