Flying through air has undeniably become a comfortable and reliable method of transportation. With speed and comfort as its top assets, more and more people are getting accustomed to riding planes for vacations, holiday trips or for business purposes. More than 30,000 flights take off each day around the world and it is always uncommon to hear plane crashes and disasters. However, accidents sometimes just happen. The top 10 worst aviation accidents recorded through the years only prove how death could really be just around the corner. The world has seen hundreds of plane crashes through the years and most of these crashes were caused by technical failures, natural aerial disasters and irresponsibility of pilots. Though plane crashes are not as common as sinking ships, the worst aviation accidents of all time have proven how a single crash could actually take away lives of hundreds of people in just a snap. That is why many aviation comapnies today implement tighter measures when it comes to their operations. To ensure the safety of their passengers, they ensure that their planes are in good condition before taking flight. Here is a glimpse of the top 10 worst aviation disasters of all time that made mark in the aviation history of the world.

Passengers of Flight 123 en route to Osaka did not expect to encounter one of the top 10 worst aviation disasters in history. Boeing 747SR took off from Tokyo, Japan on August 12, 1985 carrying with it a crew of 15 and 509 passengers. What brought the tragedy upon this flight is a mechanical catastrophe that damaged the plane’s rear pressure, sending it crashing through Mount Takamagahara. It was said after the investigation that the plane apparently had inadequate repairs after a 7-year old damage. This accident cost 520 lives and was dubbed as the deadliest single-aircraft accident in the history of aviation.

June 23, 1985 marked the largest mass murder incident in Canadian history as it witnessed one of the top 10 worst aircraft accidents recorded in the world. Air India Flight 182 was on its way to New Delhi when a bomb blew up the aircraft, crashing the Boeing 747-237B to the Atlantic Ocean in Irish airspace. Investigations point the bombing to Sikh terrorists from Canada who apparently, attempted to blow up two airlines simultaneously. The airplane crash killed 268 Canadians, 27 Brits and 24 Indians and was also dubbed as the most fatal aviation disaster to occur over a body of water.

The Saudia Arabian Airlines Flight 163 is still one of the worst aviation accidents that did not involve a crash or mid-flight malfunction, dated August 19, 1980. After the Lockheed L-1011 completed an emergency touchdown at the Riyadh airport, the crew did not allow passengers to disembark the plane as it sat on the taxiway with the engines still running. Just right after the R2 door was finally opened by ground personnel, the aircraft burst into flames, killing 287 passengers and 14 crew members. 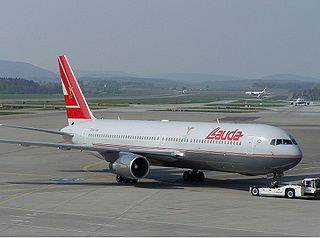 International passenger Flight 004 was on its way to Vienna when it crashed in Thai soil, May 26, 1991. The in-flight breakup that was caused by an uncommanded thrust reverser deployment of the left engine crashed the Boeing 767 in Phu Toei National Park. One of the top 10 worst aviation accidents in Thailand, the disaster claimed 223 lives where 27 bodies were never identified. 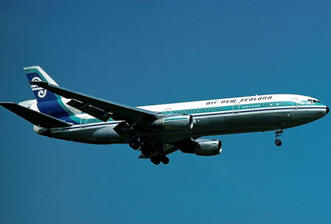 This “flight to nowhere” trip by the McDonnell Douglas DC-10-30 remains New Zealand’s deadliest peacetime disaster which happened on November 28, 1979. The flight from Auckland was a sightseeing flight that circled Antarctica and Christchurch, carrying an Antarctic guide who pointed landmarks and sights of the Antarctic. The plane crashed in Mount Erebus, Antarctica due to pilot error and re-routing miscalculations, killing 237 passengers and 20 crew members.

Two Boeing 747 passenger plane, KLM Flight 4805 and Pan Am Flight 1736  collided on the runway of Los Rodeos Airport, now known as Tenerife North Airport, on March 1977, which resulted to a death toll of 583, including crew board and passengers. The fog and lack of ground radar caused by a bomb explosion at the Gran Canaria Airport caused the two aircrafts to divert the arrival to Tenerife, resulting to the said collision which is now included in the list of the top 10 worst aircraft accidents. On November 12, 1996, what is now known as one of the worst aviation accidents of all time happened in New Delhi, as two aircrafts collided while travelling in opposite direction. The collision of the Saudi Arabian Airline Flight 763 which just left New Delhi, and Kazakhstan Airlines Flight 1907 which was arriving at the same airport killed 349 people on both flights. Investigation found that Kazakhstani pilots who were dependent on radio operator for air traffic control lacked in English skills, while Indira Gandhi International Airport used the same corridors for arrival and departure, bringing about the collision.

A problem on the design of McDonnel Douglas DC-10’s aircraft caused the plane to crash near Paris in 1974, killing all 346 passengers and crew on board. The flaw on the design of the latches caused it to blow-off while on air, resulting to the pilots’ not having total control of the vessel and also decompression. The crash is now part of the worst aviation accidents of all time ever recorded in history. 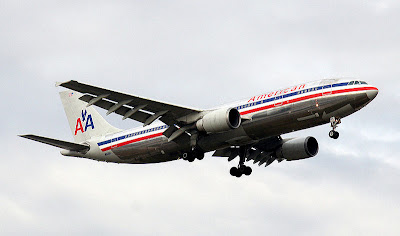 One of the top 10 worst aviation accidents is American Airlines Flight 191’s crashing after the left wing of the aircraft McDonnell Douglas DC-10 separated from the plane and severed hydraulic fluid lines. This disaster which is also regarded as the most devastating in US killed 271 people which included 258 passengers and 13 crew. American Airlines was found to have faulty maintenance procedures which resulted to the accident.

The first officer of  China Airways Flight 140 accidentally pressed the takeoff button of the plane as it was about to land at Nagoya Aiport in Japan, killing a total of 264 people on board. The two other pilots present also did not succeed in trying to make a way to stop the accident. As a result, China Airlines was ordered by the Civil Aeronautics Administration of Taiwan to provide a more intensive training for all pilots and to modify their flight control computers.