Samsung is the leading mobile phone provider with the highest number of individual retails sold worldwide.  Its profit is 50 percent higher than the 2012 records.  It has surpassed Apple’s iPhone editions after the latter’s sales plummeted to 14 percent in 2013.  The competition is tough and consumers are willing to spend more for a smartphone given that it lives up to its promise of functionality, convenience, and style.  The goal is almost like emulating PCs or laptops in terms of functionality while retaining the size of a mobile phone.  If iPhone has the sixth generation of Apple’s proprietary smartphone, Samsung is also paving its way to prove that it is worthy to be coined as the world’s largest mobile phone manufacturer.  Its latest innovation, Samsung Galaxy S5, is very promising in its own right but other brands and models offer the same smartphone possibilities to consumers. After its controversial failures over Android and Apple, Nokia is slowly getting back in the game with Lumia as its primary weapon.  The Lumia 1020 may not be the ultimate smartphone but its 5.7-inch display and 13 megapixel camera equipped with flash is a steal.  This unit is still running on Windows but can support open source applications similar to that of Android.  This is ideal smartphone for those who are looking for more affordable and quality handsets.

LG, the South Korean mobile manufacturer, makes an impressive turn in the smartphone industry with their G2 release.  The LG G2 features a 5.2-inch HD display, a 13-megapixel camera equipped with the optical image stabilization technology, and the Snapdragon 800 quadcore CPU that is comparable to the speed of entry-level notebooks.  Users are conscious about their phone’s battery life should find LG G2 fitting to their preferences.

Photo enthusiasts might be blown away with Sony Xperia Z1’s 20.7 megapixel camera that can easily take photos even when underwater.  This is one of the strongest smartphones in terms of camera capabilities.  Its 5-inch full HD screen plays 1080p videos ideal for an ultimate mobile gaming experience.  This unit also boasts an impressive battery life and a spacious 16 GB internal memory capacity.

One of the most famous breed of Samsung, the Galaxy Note 3 is the latest in its line of stylus-compatible smartphones.  There is not much of an addition to this third generation Note series except that it is now running on Snapdragon 800 2.3 GHz processor and a 32 GB internal memory.  If one is looking for the ideal stylus smartphone so far, Samsung Galaxy Note 3 has all the possibilities to empower digital creativity. The Samsung Galaxy S4 needs not to have a bigger display to allow users experience a full HD screen command.  This unit is an offspring to Samsung Galaxy S series, which prove to be the best interpretation of the possibilities Android can deliver to the market.  The Galaxy S4 also houses a 13-megapixel camera and features proprietary functions such as the Air View, Smart Pause, and Infra Red Remote.  Samsung also gives a few bonus software to users in forms of fitness tracker, translator, and eye tracking programs that intelligently lets users to scroll the display using an eye gesture.

HTC One is dubbed as the most desirable smartphone of 2013 despite its specifications inferior than its direct competitors.  Its sleek design plus the manufacturer’s very own HTC Sense makes this model one of the top choices.  It is comparable to Samsung Galaxy S4 in terms of size and performance.  The HTC One’s display is a bit narrower than the Galaxy S4 though, with only 4.7-inch full HD capability.  Today, the new breed of HTC One delves away from the aluminum case cover suggesting a cheap feel to the customers.  HTC revolutionized its user interface and transformed the packaging to keep up with the competition.

Google has to wait until the tide is calm or when avid smartphone users would finally consider switching to their mobile units in order to gain a stable reputation in the market.  Indeed, the Google Nexus 5 possesses a wide array of possibilities including a 5-inch full HD display, the latest Android Kitkat processor, and an 8-megapixel camera that occasionally suffers low image quality with poor lighting.  In contrast with Samsung or Apple’s versions, Google Nexus 5 definitely gives a bang out of the buck with its more affordable retail price.  This is definitely recommended for smartphone users who are not critical of the overall design, feel, and packaging. It seems like Sony knows how to play its strengths in the mobile manufacturing industry.  The Sony Xperia Z1 Compact is just among its selected units of waterproof and dustproof unit that would definitely entice outdoor enthusiasts as well as photographers.  This particular Sony Xperia is hailed as the new king of mini smartphones for its thin, compact design without the need to sacrifice performance.  Its stunning 20.7 megapixel camera is usable with an all-day battery life similar to other Sony’s units. Apple’s reputation is solidly established being the second largest smartphone producer in the world after Samsung.  But whether or not the stagnancy in its position is actually advantageous to their market appeal is still debatable.  The iPhone 5S is just one of Apple’s series of smartphones featuring a 4-inch retina display, the new Touch ID fingerprint lock system, a powerful 64-bit A7 dual core processor, and an 8-megapixel camera equipped with True-Tone LED flash.  This is not for the budget conscious user as Apple is still among the most expensive brands in the market along.  Nevertheless, the iPhone 5S maker is extending all possibilities to bring their technology to a larger group of audience, following Samsung’s affordable smartphone offering. 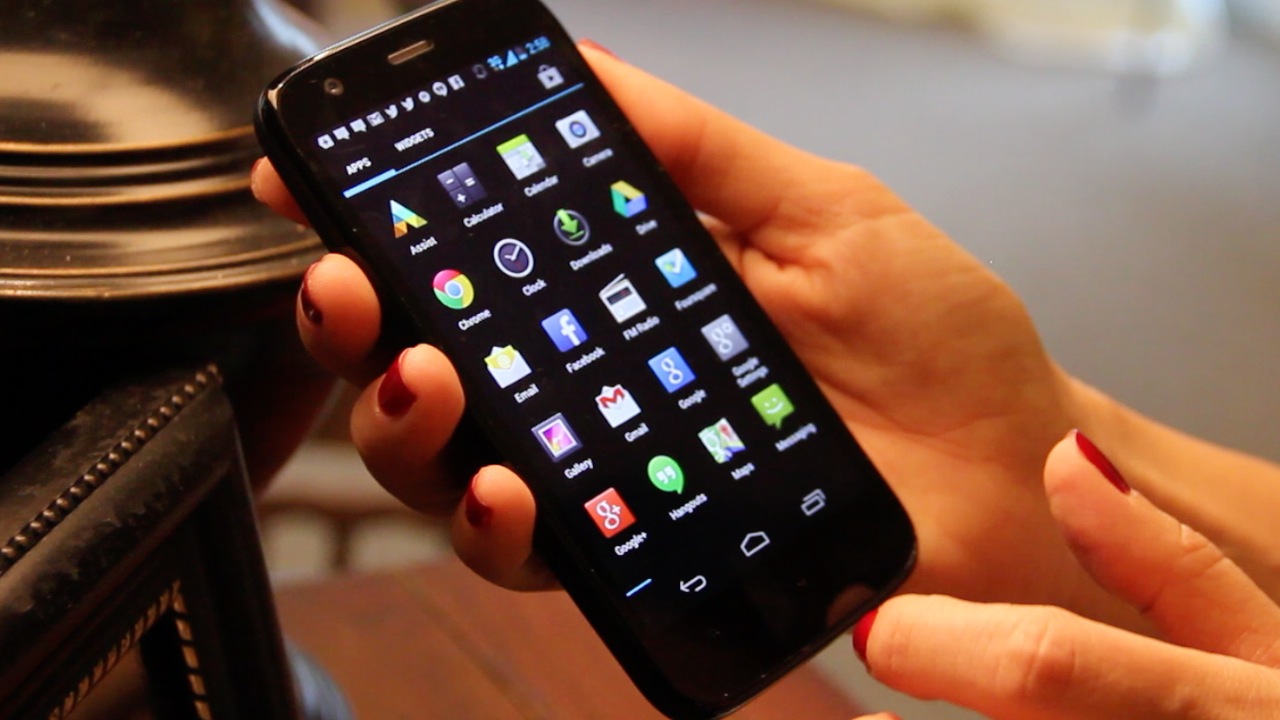 Unlike most brands, Motorola prefers to enter the smartphone market in discreet manner.  They are not newbies in the field.  In fact, when mobile phones were introduced in the global market, they are among the first companies who pioneered the technology.  The Moto G is the company’s attempt to join the bandwagon of Android-run smartphones.  It comes in fun and colorful variants together with a 4.5-inch display and a maximum 16 GB internal memory.