Today is cupcake day and in honor of cupcake day I thought I would post some of the best cupcake memes online. People of all ages love cupcakes. What’s so awesome about cupcakes is that there’s a huge variety of them. You can find anything from chocolate cupcakes with sprinkles to crazy cupcake designs with lots of frosting on them. It all depends as to what kind of cupcake you want and what you might like with your cupcake.

Check out these 10 Funny Cupcake Memes

10. Oh the horrible, horrible, delightful things I will do with you today
Can you feel the power of the cupcake with her? I am not so sure if it’s a good or bad idea for her to have this cupcake. Can you imagine the sugar rush she’s going to get from it? 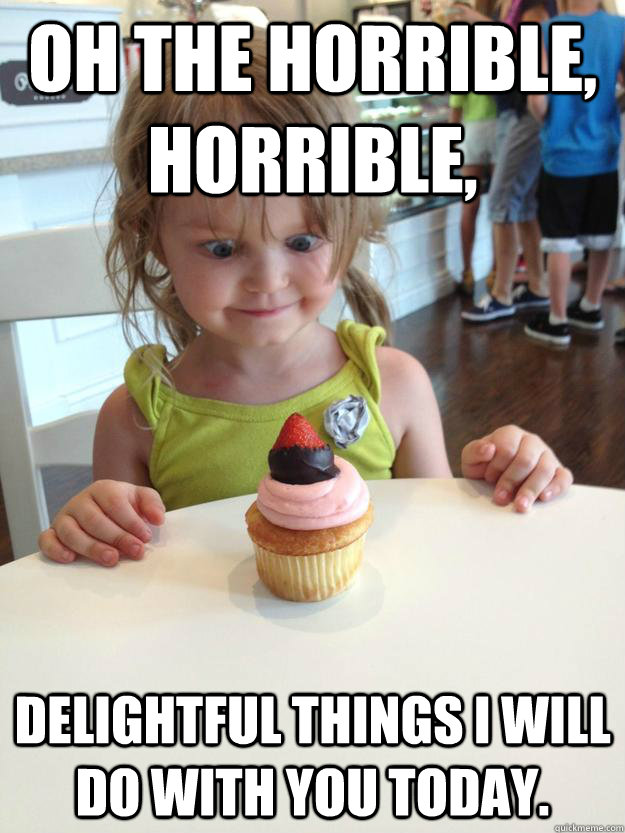 9. Two Girls one Cupcake
I am sure that this is the dream of most men. Can you imagine if there was just one cupcake for two girls? I think that the boy in the background is enjoying this way too much or maybe he isn’t. Hard to tell with that expression on this face. 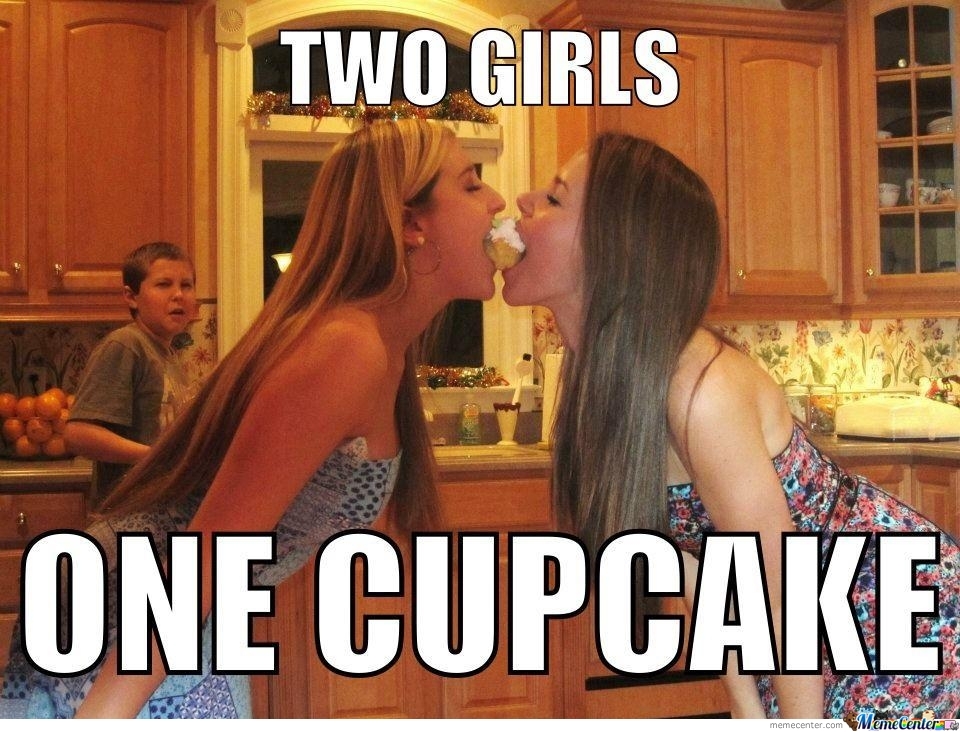 8. Oh Cupcake, You so silly
I think that at this point most of the women would not even be looking at the cupcake. He can have it. Let us just watch in silence as he eats the cupcake in hopes that he will flex his muscles some. 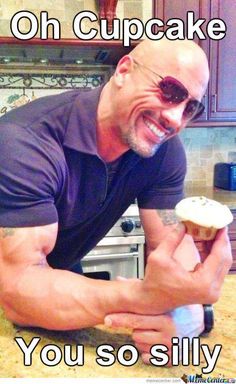 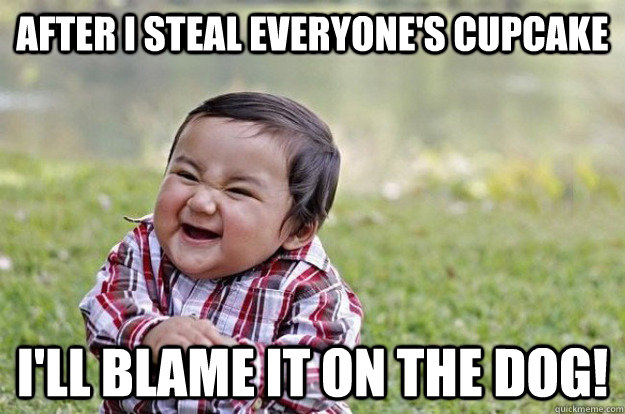 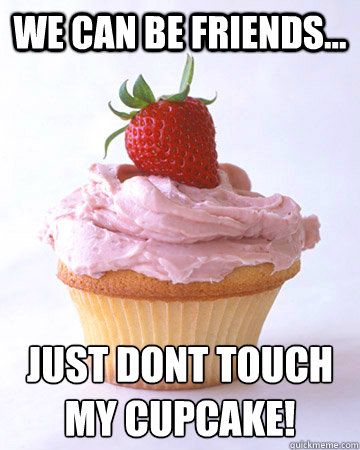 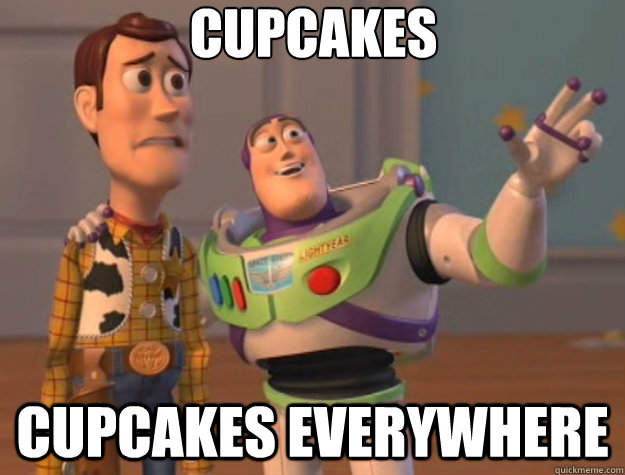 4. My Diet Plan: Make all my friends cupcakes, the fatter they get, the thinner I look…
What a brilliant diet plan this is right here. If you’re struggling with weight loss this year then maybe all you need to do is just make your friends cupcakes but be sure that you don’t eat them yourself or you might not get skinny. 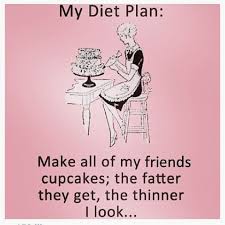 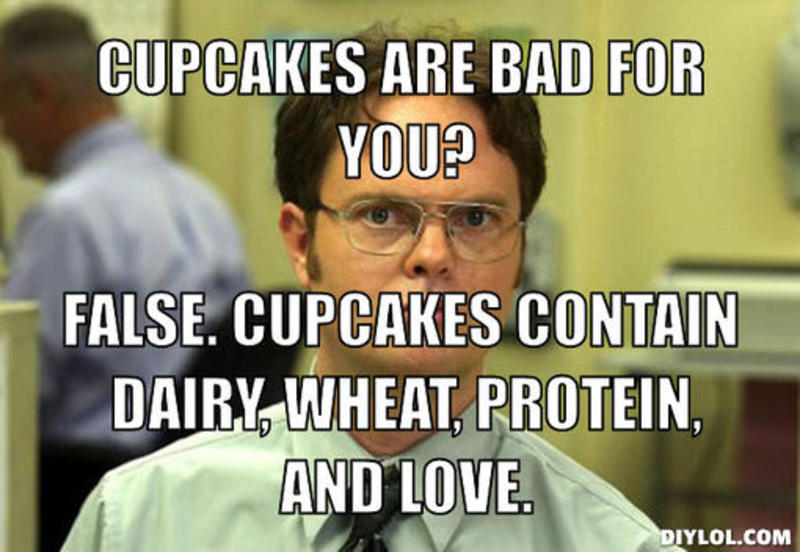 2. Mini Cupcakes, ain’t nobody got time for that!
Seriously, if someone handed me a mini cupcake I would just look at them like they were crazy. What’s the point of a mini cupcake? A mini cupcake is just a tease. 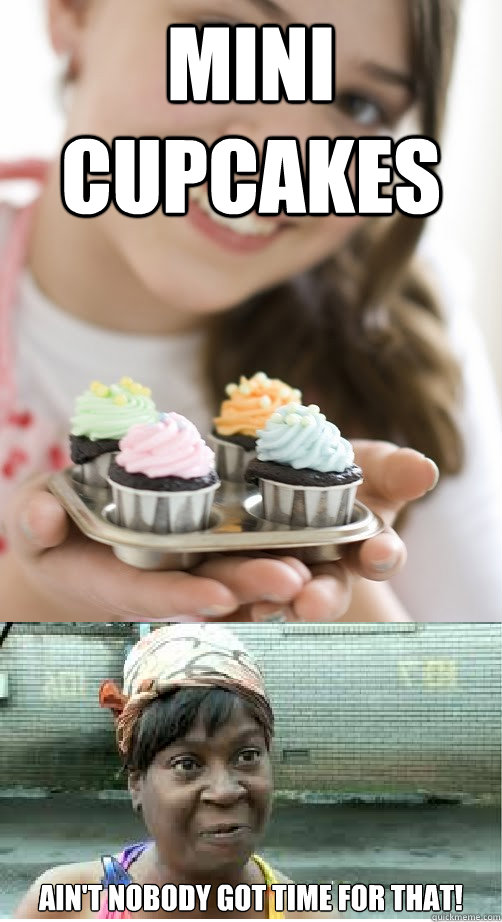 Bonus cupcake meme…
because we all know it’s true… 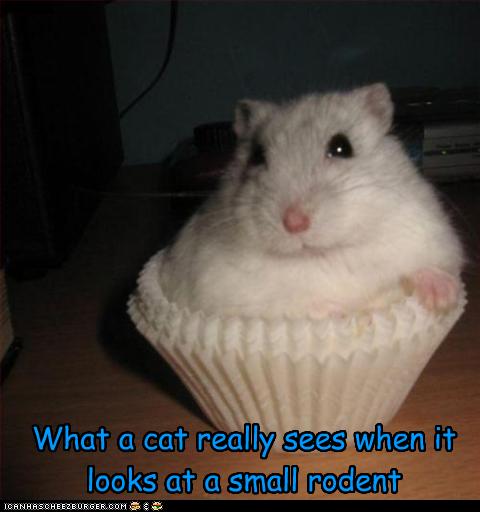 Conclusion
Feel free to share these funny cupcake memes online if you liked them!