10 Scary Movies You Must See This Halloween

Check out these 10 Scary Movies You Must See This Halloween

10. The Entire Collection of Jaws
If you haven’t seen all 3 movies of Jaws then you should put that on your to do list this Halloween. There is only three in this collection but most people only have seen one or two. I thought the last movie was fantastic and really am hoping that there will be some more Jaw movies in the future or either a remake. If anything, at least just watch the first Jaw Horror flick. If you’re a devoted Jaw fan you might even think about dressing up as a shark for Halloween this year! 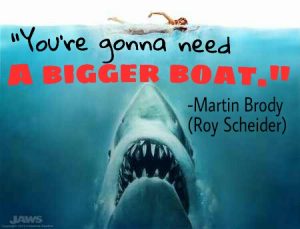 9. Carrie
There’s a couple remakes of Carrie. I tend to lean more towards the classic version of Carrie. I thought it was very well done and almost seems as if something like that could possibly happen. Well, I did say almost seems as if it could possibly happen. I am sure that we would all love to have some of the magical powers that Carrie had in the movie. Maybe it is a good thing that we don’t actually have those powers because who knows what might could happen if we did. I better not say too much more but if you have never seen the movie Carrie then you should. 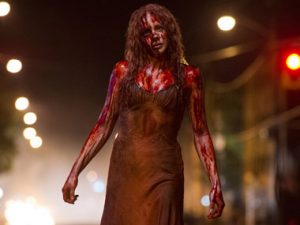 8. Hush
This is one of the newer scary Halloween movies recently released. Stephen King also even noted that it is up there with the Halloween movies. If this won’t get you to watch the movie then another note I might add is that it has a 100% rating so far on Rotten Tomatoes. Most scary movies don’t have 100% or either they flip flop on the reviews. I won’t even go into what the movie is all about except too say that this is a must watch for ones that love Halloween movies and want to see a new one. 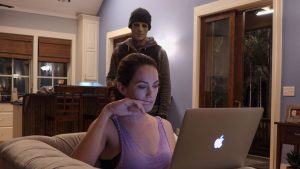 7. New Nightmare
Here is a scary movie that is unsettling because it is a mixture of both fantasy plus reality. Demonic forces have picked Freddy Krueger as their portal with entering into the world. This is part of a series and some people love this movie so much that they feel that if you have not watched the other series you should just skip all of the other movies and watch this one. Don’t be put off by some of the other movies in this series because this one is the ultimate best. 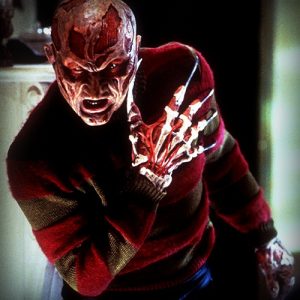 6. The Scream Collection
I think that the first Scream movie is better then part two in the collection but if you have not watched part two yet then stop delaying and watch it! Just because I think the first one is better does not mean you won’t regret seeing the second scream. After you watch Scream 2 then you can watch Scream 3 so you will be busy watching Scream movies for awhile! However, if you have not watched the original Scream in a long time then I highly recommend that you just start with that and have a Scream Marathon planned. 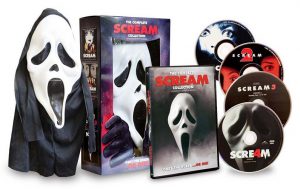 5. The Den
I find this movie too be extremely scary. It’s all about a young woman who gets into a bad habit with studying webcams online. When she is studying one of them she suddenly witnesses a murder that happens. Before she knows it she turns into a target because they somehow know that she watched them. You’ll be sitting on the edge of your seat with this movie. It was released in 2013 but for some reason, it was not extremely popular and a lot of people have not watched it for that reason but trust me, you won’t regret it. 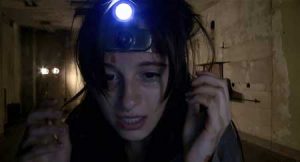 4. Silence of the Lambs collection
I am sure that you are not surprised too see this one on the list. I have watched all of the movies in this entire collection several times. If you have only watched the first one then I encourage you too watch all of the series. It just gets scarier and scarier each one. I don’t even think I need to talk much about this horror movie as it’s one of the most beloved Horror classic films. 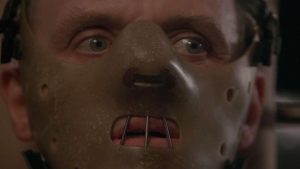 3. The Twilight Series by Stephenie Meyer
I know, some of you might groan when you see this on the list and might not even see it as a horror nor scary movie. However, if you’re a teen or young adult then chances are you totally understand why this is on the list! If you are into vampires and might not want a real scary movie too watch but something that involves vampires, then this might be the series for you too watch.It’s romantic and scary at the same time! 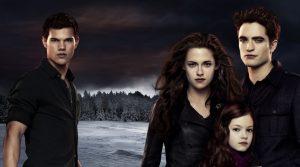 2. The Shining
The Shining is a classic horror Halloween movie and perfect too see anytime of the year. Jack Torrance is the main character and becomes the winter caretaker in a very isolated hotel in Colorado. He is hoping at the same time that he cures his winters writers block. In the mean time he ends up having a break down and his son gets spooked a lot in the hotel. It’s one of those must watch classic scary movies if you have not seen it already. 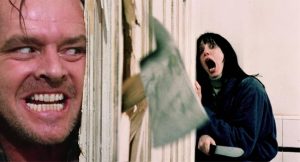 1. The Exorcist
I think it’s safe to say that this movie is one of the most profitable scary horror flicks ever made. It is even based on loosely events that actually happened. You do not want to watch this movie alone if you have never watched it before. 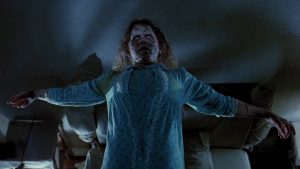 Conclusion
These are just 10 scary movies that you should check out. I haven’t even covered half of them. Hopefully these 10 will get you started on having a very spooky fun Halloween night.

Like it? Share it!
10 Amazing Celebs Who Have or Had Breast Cancer < Previous
10 Guilty Professional Pro Athletes Next >