The most common words and phrases in the English language can never be definitive. Every year, the words and phrases used by people around the world are analyzed by the Oxford English Corpus which is directly associated with the Oxford English Dictionary. In a recent study conducted by Oxford, the most commonly used words and phrases in newspapers, magazines, chat rooms, emails and weblogs were identified to come up with a list of the most popular words and phrases this 2013. These words were chosen based on the frequency of their use. This year, the new list of the most common words and phrases in the English language are predominantly negative. Upon the conclusion of the study, the GLM was surprised after it found out that most of the words that make up the list of this year’s most popular lingos have negative themes. In one of his most recent interviews with Business Insider, GLM founder Paul JJ Payack said: “We are surprised that the year came out with such a negative theme.” According to him, 2013 has undeniably been a troubling time for many people around the world, but the popularity of negative words and phrases over positive ones should be taken more of a transformation than a failure. The GLM made use of an in-house technology to survey the usage of words and phrases on the internet, including social media platforms, the blogosphere, and hundreds of thousands of electronic and print global media publications. To make it to the list, a word or phrase should be used and found globally, have a minimum of 25,000 citations and must appear in a broad range of media all over the world. Here is a list of the 10 most popular words and phrases this 2013:

The handle of the popular Pope Franciscus (Francis), Pontifex is one of the most popular words this 2013 according to GLM. In Roman Catholicism, pontifex technically refers to the highest ranking priests of the state religion. In Rome, there is an educational institution called as the College of Pontiffs, which is where augurs and Epulones go to read omens and carry out religious rites. The term pontifex comes from a Latin word which means “bridge builder,” which is a possible allusion to an early role in placating the gods and spirits associated with the Tibet River. Until the 104th BC, pontifex maximus was known to hold the sole power in appointing members to other priesthoods in priestly colleges.

In today’s world, hashtag refers to the number sign and pound sign used in the social networking sites such as Twitter, Instagram, and just recently, Facebook. Technically, a hashtag is an unspaced phrase that is prefixed with a pound symbol, forming a metadata tag. In most microblogging and social networking services such as Google Plus, Facebook, Twitter, and Instagram, short messages may be tagged by simply putting a pound sign before important words. Hashtags make it possible to group messages, since every word or message that contains a hashtag links pictures and messages from different platforms together. Today, even in day to day conversations, people use the term “hashtag” to highlight a special meaning in the things that they say.

Technically, the term “fail” is a verb that means being unsuccessful in achieving one’s goal. It could also mean a noun that refers to a grade that is not high enough to pass an examination or test. Today, the single word “fail” is already used as a complete sentence to signify failure of an effort, project, or endeavor. It is very commonly used today either as an interjection used when one disapproves of something or a verb that means the same thing as the slang form of the word “suck.” Especially in informal conversations, it is now acceptable to use the term as a single sentence in itself rather than just a part of a sentence.

Any internet user would know what 404 means. This is the universal numeric code that refers to failure on the global internet. Also known as the “Not Found” error message of the internet, 404 is an HTTP standard response code that indicates that the client was able to successfully communicate with the server but the server failed to find what page was requested by the client. Typically, the website hosting the server generates a 404 Not Found message when a computer user tries to follow a broken or dead link. No wonder, 404 Error is known as one of the most recognizable and popular words today. Born in England, Kate Middleton, officially known as Catherine, Duchess of Cambridge, is the wife of the Prince of Wales and the mother of the Prince George of Cambridge. More than a princess and the future Queen of the Realm, Kate Middleton is known today for being a fashion and style icon. Since she married the Prince of Wales, she has had a major impact on British fashion which has been termed the “Kate Middleton Effect.” In 2012, she was selected as one of the 100 Most Influential People in the World by the Time Magazine. Her name became one of the most popular phrases in 2013 because of news surrounding her giving birth to Prince George of Cambridge in July.

Known as the former NSA contractor and CIA employee who leaked classified United States, British and Israeli surveillance programs, the name of Ed Snowden became heard in almost all corners of the world this 2013 because of the controversy he got into. He is an American computer specialist who rose to popularity after he disclosed several classified NSA documents to media outlets, initiating NSA leaks and revealing the operational details of a global surveillance apparatus operated by the United States. This 2013, he had many names, including “the hero,” “the whistleblower,” “a dissident,” “a traitor” and “a patriot.”

NSA or the National Security Agency of the United States is a government arm that works in the collection of intelligence through clandestine means of both domestic and foreign sources. It serves as the main producer and manager of signals intelligence (SIGINT) for the United States and is considered as one of the largest of U.S. intelligence organizations in terms of personnel and budget. The NSA became one of the most popular words in 2013 because of the controversy sparked by the leakage caused by Ed Snowden. 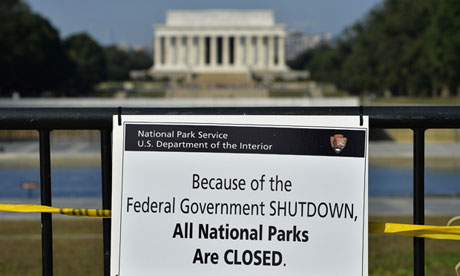 The term “federal shutdown” used to be called “checks and balances.” Today, in U.S. politics, it refers to the process of the Executive Branch where the Congress creates a “funding gap” by deciding to fail or pass legislation funding government operations and agencies. This phrase became one of the most popular phrases in 2013 following the federal shutdown that beset the United States during the last quarter of the year, which caused much commotion not just among the people of the United States but the world. 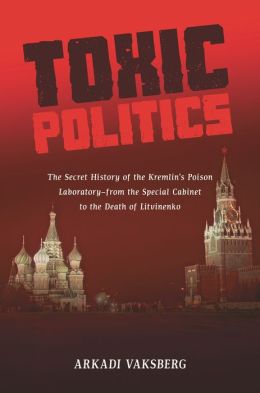 Toxic politics is a phenomenon in the United States wherein scorch and burn political campaigns turn out to be the norm for democracies worldwide. It involves politicians who excel at compromising gained influence, of a Congress that does not get anything and plays chicken with the nation’s credit rating. This phrase became one of the most popular phrases in 2013 because of the rising discontentment of citizens in their political leaders.

Selfie is a self-portrait photograph that is usually associated with social networking sites like Facebook. Often, these photos are casual and are taken with a handheld digital camera or camera phone held at arm’s length. Since 2005, there has been a widespread use of the term, particularly on MySpace where amateurish photos taken in front of the mirror have become a worldwide trend. In a recent survey, it was found out that about 30% of photos taken by teenage girls around the world are selfies. Because of the popularity of the term, it was monitored for inclusion in the online Oxford Dictionary last year.