Top 10 Most Remarkable Engineers of All Time

Life would not have been possible if not for engineers. The world thousands of years ago and the world we have now are like poles apart and much of these differences were brought by the vision, genius and passion of engineers. Since the ancient times, engineers have set out to accomplish things that seek to change the world for the better, and looking at how easy and convenient life is now, there is no doubt about how significant their contributions have been. You will be amazed as to how they have helped people before, and how these things considered as blessings in our time. Know their worth and influence to this generation and the generations to come. Here is a list of the ten most remarkable engineers of all time:

Widely considered as “the father of theoretical computer science and artificial intelligence,” Alan Turing was a British philosopher, logician, computer scientist and mathematician who formalized the concepts of “computation” and “algorithm” with what used to be known as a general purpose computer, the Turing machine. He has made computing possible with the development of the binary architecture that is being used today in all computers. He was also the man who made victory possible during the World War II as he successfully broke the German Enigma code. Turing was once recognized by Time Magazine as one of the most remarkable people of his century. 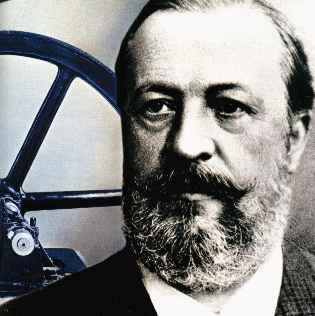 Born on June 10, 1832, Nicolaus Otto was the German inventor who introduced one of the most significant developments in the field of motor care–the first four-stroke internal-combustion engine that could effectively and directly burn fuel in a piston chamber. His concept of four strokes primarily involved taking in air and fuel, compressing both substances, igniting the mixture and expelling the exhaust. His discovery is still the mechanism that internal combustion engines of cars use today. The invention was patented in 1861 and has changed how people move all over the world.

Nikola Tesla was a Serbian electrical and mechanical engineer, physicist and inventor who became popular because of his contributions in the design of the modern alternating current (AC) generation system, which is composed of a transformer and a motor. Known for his high-frequency and high-voltage power experiments in Colorado Springs and New York, he maximized his knowledge in patented devices and theoretical work in the development of radio communication. In 1884, Tesla worked for another renowned scientist, Thomas Edison, and envisioned to improve the efficiency of Edison’s company by as much as 25%, which he successfully delivered within a span of two weeks.

A Greek mathematician, inventor, physicist, astronomer and engineer, Archimedes is widely considered as one of the most remarkable scientists in the history of the world. He developed the foundations of statics and hydrostatics and designed innovative machines such as the screw pump and siege engines. As an engineer, he also successfully designed machines that could lift attacking ships out of water. He introduced a way to determine the volume of an object by measuring the amount of water through the law of displacement. He is also credited for the invention of levers and pulleys and the Archimedian screw.

This Scottish inventor and mechanical engineer who was responsible for improving the Newcomen steam engine that sparked the Industrial revolution not just in Great Britain but throughout the entire world. He used to work at the University of Glasgow as an instrument maker, but he was able to develop so much passion for the technology of steam engines. He realized that in contemporary engine designs, too much energy was wasted because of repetitive cooling and reheating. He then developed and introduced a cost-effective steam engine design that could produce rotary motion and does not waste as much energy. His invention is now used in textile manufacturing, coal mining, transportation and a lot more industries.

Also known as Heron of Alexandria, Hero of Alexandria was a Greek engineer and mathematician who is widely regarded as the greatest experimenter of antiquity. His most significant contribution in the world of engineering was the wind wheel, which constituted the earliest wind harnessing on land. A follower of the Atomists, he also developed the aeolipile, a form of rocket-like steam or jet engine wherein balls are spun by jets of steam. He also wrote several manuscripts about mathematics, physics and pneumatics and was the first to introduce the first vending machine in history.

Collectively known as the Wright Brothers, Orville and Wilbur Wright were American brothers and inventors who became world-renowned for their successful invention and construction of the first successful airplane in the world and for pulling off the first powered, controlled and sustained human flight in history on December 17, 1903. For two years, Wilbur and Orville developed the first practical fixed-wing airplane out of a simple flying machine, and invented aircraft controls that paved the way for the first fixed-wing powered flight in the history of aviation.

The founder of the Ford Motor Company, Henry Ford was an American industrialist who developed the first automobile that middle class Americans during his time could easily afford. He envisioned tomake a significant impact on the landscape of the twentieth century so he introduced the Model T Automobile, thus revolutionizing the transportation industry of the United States. His vision to lower the cost of automobiles led to several business and technical innovations. Ford studied other industries and learned four important principles in large-scale manufacturing which manufacturers nowadays use in running their businesses.

Considered one of the most prolific men in history, Thomas Edison was an American inventor and businessman who introduced a broad range of devices that have greatly influenced the world. He currently holds a record of 1,097 patents and is widely credited for inventing the phonograph, light bulb and motion picture camera. Sometimes referred to as “The Wizard of Menlo Park,” he efficiently applied the principles of mass production and large-scale teamwork in his inventions and put up the first industrial research laboratory in the world. An Italian Renaissance polymath, architect, engineer, and inventor, Leonardo Da Vinci had a vision of the world that was essentially logical and unusual for his time. He introduced designs for revolutionary devices and modes of transport such as helicopters, tanks and submarines, as well as for hang gliders, bridges, transmissions, and parachutes that even modern engineers believe would have worked had they been built.