Zombies have taken over the world! Maybe not the world but it seems like they have with the movies. Zombie movies are extremely popular around Halloween time. You’ve got movies such as “I am Legend” and “Warm Bodies” that makes watching zombie movies not only intense but can even be fun and romantic at times.

Check out these top 10 Best zombie movies of all time:

Dawn of the Dead was made in 1978 and considered to be the best zombie movie ever. This movie was satirical and just extremely groundbreaking. The movie itself is not only scary but it’s also fun to watch despite all of the violence and gore that’s in the movie. There is everything in this movie from horror, excitement, loss, love, sadness and even a touch of humor. It’s not really a bad movie when you think about the release date of the film. If you have not watched it before, I highly recommend it. 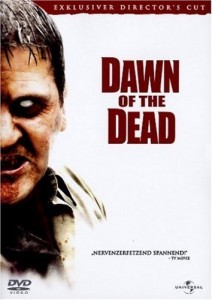 9. Shaun of the Dead

Shaun of the Dead was made in the year 2004 and this is another horror zombie movie that will not only have you scared but also in some parts laughing. It is considered to be one of the best zombie comedy films ever made but yet at the same time. There is a fine balance between the horror and comedy in this film, which just makes it great to watch. 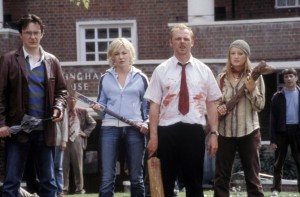 Will Smith does a great job as Robert Neville who is a scientist in the movie trying his best to stop the spread of the virus that turns people into zombies. Neville thinks he’s the only survivor left in the human world. There is some violence in this film and of course, sadness with it. Almost all zombie movies have sadness in them but you could really feel the sadness in this one.

The Re-Animator was released back in the 1980’s and it’s another one of those funny yet scary zombie films. It does contain a lot of violence in it. The plot can also be complicated at times but it gets very good. The one thing about this film is that not only is it violent, it’s very gory. If you’re not into gory zombie films then this one might not be the best one for you to watch but if gory films don’t bother you, then go for it. I think it’s safe to say that this is one of those zombie horror films in the 80’s you will love or hate. 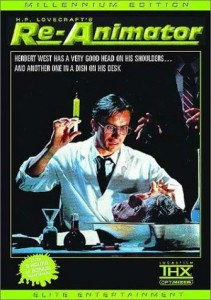 28 days later was released in 2012 and 28 Weeks Later was released a year or so later. What’s so great about both of these movies is that they seem very realistic. It has a mixture of horror but yet romance involved at the same time. The one thing that this movie lacks is just some humor. Compared to the other zombie movies the humor of this is rather dull. It’s more of an intense horror film. Both of the films are intense but yet worth watching.

World War Z stars Brad Pitt and Mireille Enos. It was released in Sept, 2013. The movie itself is just very impressive. You’ll be amazed at how fast it is and before you know it, the movie will be over. There’s a lot of action and plenty of scenes in there that look so very realistic. I imagine that if there ever was a zombie apocalypse that what happened in this movie could happen in real life. 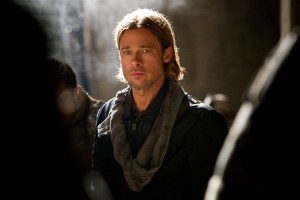 4. George Romero’s Diary of the Dead

The movie George Romero’s Diary of the Dead was released in 2007. The film might not be your favorite zombie movie ever but it’s still worth the watch. The beginning of it is very good. The ending might be disappointing. It’s one of those zombie movies that you will either just love or possibly hate. It makes the list due to the fact that the opening of the movie is just that good. There is a mix of horror and comedy in this one. 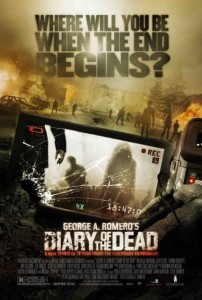 Zombieland was released back in 2009. The one thing that was impressive with this movie is that they had a budget when making it. Something that makes this movie stand out above the rest is that it’s more of a comedy zombie film then horror. However, it does have some scary parts in it but overall, you’ll find yourself laughing a lot during the movie. If you’re wanting a break from the normal scary zombie horror films, then you’ll really enjoy watching this zombie film. 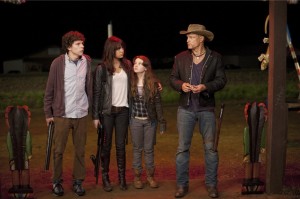 Released in 2013, Warm Bodies is a very different kind of zombie movie. In this movie you can expect to see everything from horror to romance. It will melt your heart in many ways and yet at the same time, you’ll find yourself getting scared during the movie. Warm bodies not only has romance but it also has some comedy in it as well, so it’s another one of those movies that will make you experience a variety of emotions when watching it. What I like best is the ending because the movie has a twist to it that makes it stand out from the zombie films. 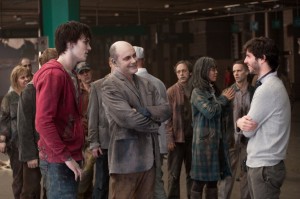 Planet Terror was released back in 2007. You are in for a disappointment if you want a zombie comedy film. This is anything but that and in fact, it’s very gory. You might find yourself laughing sometimes if you’re not still getting over the violence in the movie. However, if you want an action packed gory zombie film then this will be something you enjoy. It’s just not going to be everyone’s cup of tea. It also has some sexy parts in the film that might make it worth watching. 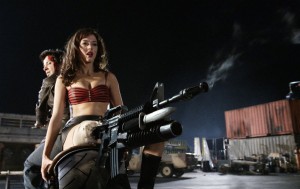 You’ll find that there is almost always some comedy in a good ol’ fashion zombie flick but then there are a few that just will be extremely violent with no comedy at all. Be sure to read the reviews on the zombie film and get the one that you’re in the mood to watch. Some zombie films are great to see with the teens but then other zombie films, it’s best just to watch with only the adults in the room.

Like it? Share it!
10 Things Tourists can do in Los Angeles < Previous
Top 10 Popular Halloween Decorations Next >