10 Things You Probably Didn’t Know About the Movie Industry 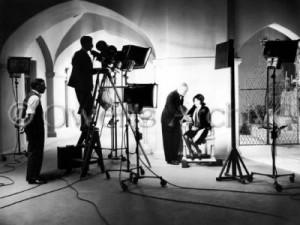 If you’ve ever been lucky or unlucky enough to work for the film industry, you’ve probably found yourself caught up in some pretty insane business practices. Down to theatre employees who receive, prepare, and show the film, to movie executives who buy and produce them, to the actors and directors who actually create them, the industry is full of interesting tidbits that the average person might not necessarily come across every day. Here are ten things you probably didn’t know about how movies get from the studio to your screen.

Theaters all have distributors who bargain for movies on their behalf. If you live in a smaller town, it might not be a huge deal, but the more theaters there are in an area, the less likely they are to know exactly which films they’ll get and when. Lots of times you can sort of tell – if one theater sticks to artsy movies and one always seems to get the blockbusters – but sometimes they switch it up and it can throw everybody off. Usually they know about a week in advance exactly what they will get, but if you probe for more detail while trying to plan an outing, don’t be surprised when your popcorn jockey is at a loss. 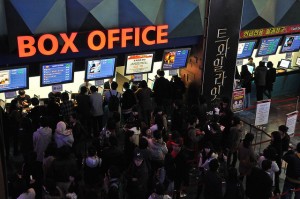 9. The Food Isn’t Overpriced, the Tickets Are

Well, okay. Really, both are completely too expensive when compared to even ten years ago, especially with 3D movies and extras coming in at a premium. However, the theaters don’t usually start making money from ticket sales until the film has been showing for at least a few weeks. Some studios even get close to 100% of opening day sales, which means that if you don’t buy a popcorn, you’re practically seeing the movie for free as far as the theater is concerned. They may have insane mark-ups, but they aren’t making money anywhere else. While chains can survive thrifty shoppers, it’s always a good idea to support your favorite local theaters. Popcorn and soda are their big ticket items, so don’t worry if you’re not in the mood for an extra large bag of popcorn and three pounds of candy. 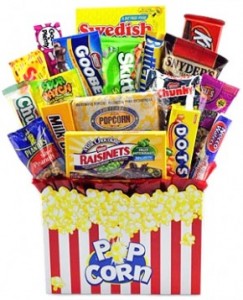 8. Trailers Are Meant to Trick You

Some people live for movie trailers and those people have probably noticed something a little strange. Every now and then, a movie will have a few different trailers and each one will make it seem like a different kind of film. That’s no accident. The idea is to get people into those seats on opening day, even if the movie turns out to be something completely different. A romantic comedy might be billed as a goofy comedy, or a kid’s movie might be cut to look a little bit more mature. It happens all the time, and on purpose to make sure that whatever movie it is appeals to as many people as possible. Though, sometimes promotional materials are altered on purpose so they don’t give away key elements to a plot twist that could make or break the movie. For example, SPOILERS: Kevin Spacey wasn’t billed as an actor in Seven because he didn’t want to give away who the villain was.

A great example of this is the Mary Poppins Cut to Look Like a Horror Movie:

7. Projectionist is a Dead Trade

It used to be that a projectionist had a pretty complicated job. It was thought of as a trade and unions existed to protect them. The job involved a lot of manual labor and some pretty intricate film work, like splicing out damaged frames. Theater employees even got paid to screen movies before they opened to make sure the film was clean and ran smoothly. If you’ve ever noticed those weird dots or squiggles that seem to happen every twenty or thirty minutes into an old film, they were for marking time. Today though, everything is digital. Instead of big heavy canisters, movies are sent in digital formats and managers run it who have exclusive keys. It’s a lot less romantic, but a whole lot cheaper and way more reliable. 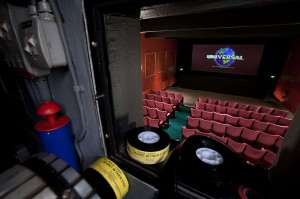 6. Real IMAX Does Come on Film

If you’ve ever watched anything in real IMAX, it’s probably blown your mind. Regular everyday film might be obsolete as digital formats do a way better job, but the IMAX film is different. It’s larger and much higher quality than regular film, and for those who still work with it, it’s a much more delicate process though with way more material. It can’t be run through projectors the way reels normally are, vertically, and can require up to two large horizontal platters to fit one 2-hour film. It’s beautiful quality for analogue and pretty much unrivaled. Even the soundtrack is higher quality and usually paired with a top of the line sound system. If you can get to a real IMAX theater, it’s definitely worth the experience! 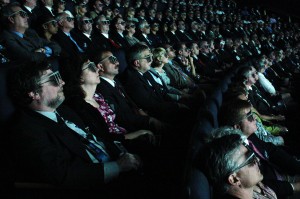 IMAX has become a brand and so generally, within a theater, it’s just a higher quality digital format with better seats and a bigger screen. However, being digital, there isn’t really much to it other than a higher end projector and better resolution. It’s basically like watching a movie in HD on TV as opposed to a regular broadcast or a DVD. You can definitely skip the extra five dollars in most cases. However, digital 3D is a lot easier on the eyes for anybody who tends to get nauseous, and is usually color corrected to defeat the shading in the glasses. It’s a really great way to experience your favorite film in 3D if that’s your thing. Bigger isn’t always better, nor is higher resolution. But at the very least, digital movies don’t get scratched and don’t break down and always look top notch. 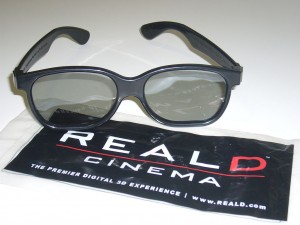 Speaking of all this new technology, how are you liking the latest 3D trend? The likes of Alfred Hitchcock called 3D a passing fad, and he was right, for the time. If that time frame sounds a little off, well, sorry but you might have missed the first few times 3D was a thing. Even the NES had games in 3D that required those iconic red and blue glasses in order to achieve the effect. Stereoscopic images were researched and patented as early as 1890, and the first 3D motion picture was released in 1922. That’s less than a decade short of a century of 3D film giving movies that extra oomph. They may not have looked as awesome as Avatar, but now we know that James Cameron had a lot of practice. 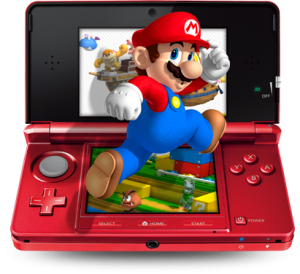 3. Hollywood Does Make the Same Movie Over and Over

In Men In Black 2, when they have to flashy thing the whole city, J and K joke about how that’s how Hollywood must be remaking the same movies over and over. It turns out we don’t need our memories wiped for Hollywood to come out with two extremely similar movies back-to-back. It’s actually a pretty common competitive practice among studios. Antz and A Bug’s Life were released around the same time and so were The Prestige and The Illusionist. Despite being different movies that could definitely stand alone, these movies are, in part, meant to chip away at box office sales and even confuse consumers into buying the wrong ticket. It’s a pretty sneaky practice, but media is a commodity just like Coke and Pepsi. 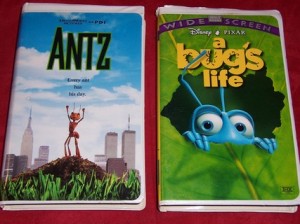 Stanley Kubrick died only 6 days after filming Eyes Wide Shut, but some had said that it was pretty much the summation of his life’s work. Directors really do spend years on movies, trying to get the funding, trying to find the right actors, and in the case of Steven Spielberg and James Cameron, waiting for technology to catch up to their vision. Avatar had been in the works for decades because Cameron was finally satisfied with the digital technology available to him would properly convey what he wanted to do. A.I. wouldn’t have been made if somebody hadn’t, probably very shyly, told Spielberg that real robots were most likely not going to exist in time to shoot the footage he needed. Plus, if they did, some of the stuff he wanted would probably have incited a Matrix-like revolution. Movies can be in limbo for years even when attached to prominent directors and can go through so many scriptwriters that they wind up something completely different. Beetlejuice started as a hardcore thriller.

1. Sometimes, It’s All about the Rights

Finally, for those who love films, a bad film is always worth watching for a lark. There are a lot out there and some of them have such absurdly low production values that it’s hard to believe anybody ever signed off on them. However, as with the case of the first Fantastic Four movie, sometimes a movie will be made for no other purpose than to be claimed in a ledger. Making the movie, even for a hundred bucks in some guy’s basement, can help the studio retain the rights until it gets through the limbo mentioned above. And that my friends, is how you wind up with such amazingly terrible movies with actors you’ve never heard of, made by studios who don’t even bother wasting pennies on b-list actors.

The movie industry is kind of crazy and kind of fun to look at. It’s every bit as sketchy and underhanded as people say it is. Once you know a few of their tricks, it’s easy to grab a bucket of popcorn and watch it all unfold.