10 Obsessed Hoarders and Their Insane Collections

There are some people who collect and others who hoard. Sometimes you’ve just to ask yourself, is it really collecting or is it possibly hoarding? The ones who are hoarders will instantly say that it is just their personal collections and might not even realize that they are hoarders. Often times collectors just tend to focus on a couple of things. Some hoarders do just the opposite and often times keep a mixture of stuff but other hoarders collect just one thing, as you’ll soon find out.

One thing to remember is that collectors generally have a goal or either a plan when they collect something, such as ones who collect coins. Hoarders do not have any plans for their collections and just will buy them spontaneously.

Could you possibly be a hoarder or collector? Check out these 10 Obsessed Hoarders and their collections to get more of an idea as to what hoarders collect.

Mrs. lla Mae Martin was 83 years old when she passed away. Her son knew that her mother had hoarding problems but was not aware as to how bad the situation was until he tried to check in on his mom after she missed her last hospital appointment before dying. She had left her home to her son but it was so bad that the home was not even habitable to live in. She also had 6 storage units full of junk. The junk was so bad that it caused problems between him and his wife and cost him thousands of dollars to get it removed. 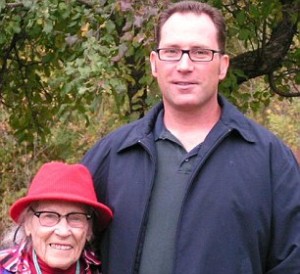 Have you ever looked behind the psychological motivation as to why people hoard? Sometimes it can be very interesting. I think that Jennifer Bergoyne is one example of an interesting case. She started out as a fashion designer but not only is she a fashion designer but she also has three children and a hoarder. What does she hoard? Makeup. She has a bathroom that’s crammed with lipstick, eye shadow, nail polish and many other makeup products. It makes her children feel miserable often times. She said that the main reason as to why she hoards is because when she was younger she had skin that was bad and was always comparing her skin to her mothers and other people. She did get intervention. 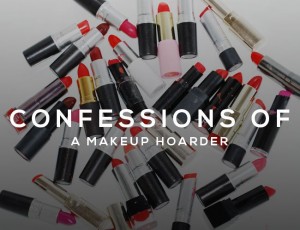 8. Jozsef Tari – The man who owns the biggest yet smallest library collection of books

Small books are fun and great to carry around and Jozsef Tari agrees. He has a collection of over 5,200 small books. This makes him the owner of the biggest yet smallest collection of books that are miniature. He started to collect them back in 1972 and then just continued. Some of his books are bound with precious leather and others even have wood carved covers on them. A lot of the books also are limited edition books and some of them are over 100 years old. He started to develop his interest in the books when he was in printing school. 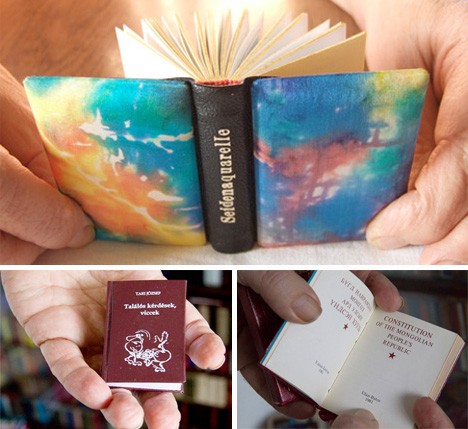 7. Gail Gann – The woman who was arrested for adult endangerment due to hoarding

Personally, I think that this is a very sad story. Moms who hoard often times trap the kids in their own home without even realizing it. Katrina Gann, who is the daughter of Gail Gann was physically disabled and mentally disabled. Gail was caring for her. Katrina was 48 years old and her mother 71 years old. She was arrested because there were feces, bugs, and trash that had been piled up for at least three years or more. Emergency responders rescued the woman. The firefighters had to cut a hole just to get inside the home.

I am sure that you are familiar with the term crazy cat lady but Lucienne lived up to that expression. Lucienne was arrested for hoarding 104 cats. You would think she would have a home but nope, she put them all in her apartment. The cats had a variety of diseases and a lot of them were also underweight. Some even thought that Touboul cooked have cooked a few and had them for a meal herself but she claims that she never did. The law has been trying hard to help her with the hoarding habit but has been unsuccessful so far.

I can remember playing with rubber ducky when I was a kid. I especially enjoyed playing with him when I was having a bath but there is someone else who loves rubber ducky more than me and that person is Charlotte Lee. She has a collection of over 5,000 rubber ducks. She has even been put down in the Guinness World Records for having the biggest collection of them. The basement in her condo is completely full and she’s hoping that maybe some museum might adopt them.

Victoria Seidler, a British woman who died when she was 87 was extremely selfish plus materialistic. She had a son that left her when he was just 12 years old. She was horrified when this happened and made one of her sons sign a contract that he must live with her until her son was 30 years old or she would have him put in a mental hospital. Why did the 12 year old leave? His mother never threw stuff away. The garbage people said they never removed bags from her property because she never put them out. She died on the couch in her living room that was surrounded by the waste she had collected 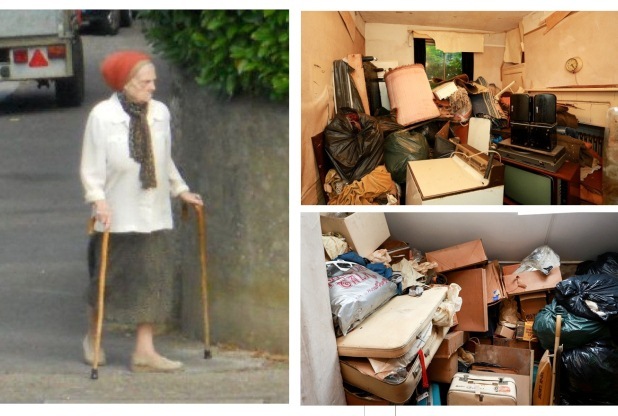 3. Calr McCoid – The biggest Miley Cyrus fan in the world
I don’t mind Miley Cyrus. I am not a big fan of her but that’s fine however, Calr McCoid makes up for that because he is a big fan of Miley. He has a total of 21 tattoos that are all contributed to Miley Cyrus. They are a variety of song titles, portraits and even album titles. He said people get many things tattooed on their body. Why can’t he have a lot of tattoos of Miley Cyrus? My only question is why Miley Cyrus and not someone else?

2. Lydia Price – Another pet hoarder
If you think the woman with having over 100 cats in her apartment then wait until you hear this one. Lydia Price was arrested not for child abuse but for child endangerment. Her son died in her home from bronchopneumonia. She had over 200 pets and her house had spiders and rats. There was trash everywhere. Her children never went to school and put in state custody. A lot of the pets were also near death.

I am placing this one at number one just due to the fact that what she hoards is interesting. She hoards the peel off labels that’s on the bananas at supermarkets. She has around 8,000 labels and it continues to grow. She calls them little pieces of artwork. Every week she visits around 25 supermarkets so she can find new labels. She also makes banana bread often. Sometimes she will buy the bananas but then she will peel the label off and hand them right back. One of her favorites is when she found one on a 1960’s label that’s from Sweden that has a picture of a blond boy with a face that looks angelic. She puts them on special graph paper.

What do you collect and how much of the collection do you have? If I could start collecting something it would be electronics and tablets.