Check out these 10 Hilarious Pictures of People Wearing Leopard and no, not all of these people are at Wal-Mart. Warning: Some of these pictures might give you nightmares tonight!

10. Leopard Onesie Spotted at Walmart
While not all of these pictures might be from people at Walmart, this one is and just too hilarious to pass. It looks like she’s wearing a leopard onesie. We won’t even get close enough to find out if she has on underwear or not. Very scary! Can you hear her roar? 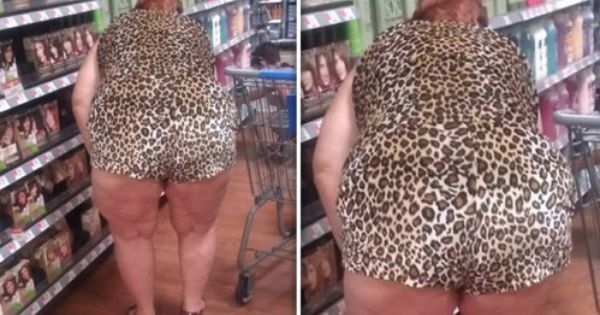 9. Fat Woman Showing Off her Sexiness
I told you that not all of these pictures are from Wal-Mart. Maybe she’s on the bus going to Wal-Mart or either just got done shopping from Wal-Mart. The one good thing is she at least her butt covered. Way to show off that sexy butt. 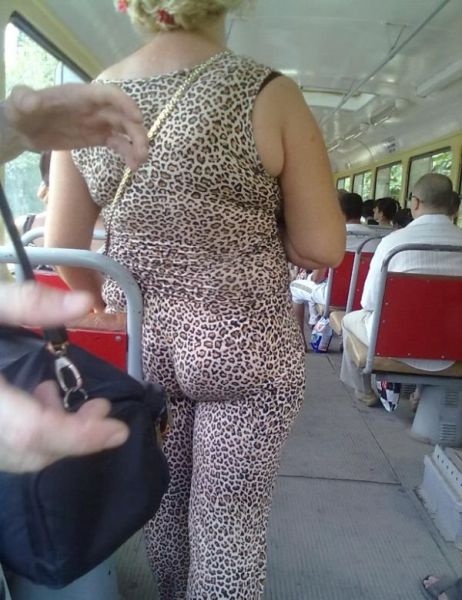 8. Leopard Skinny Jeans
Have you ever wondered who might be the people who wear the leopard skinny pants? Now you don’t have to wonder who wears them anymore. I think that those leopard skinny pants look cool. Don’t you? Maybe we can pair him up with the one who wore the onesie dress. Maybe not cause she might get jealous of those skinny jeans. 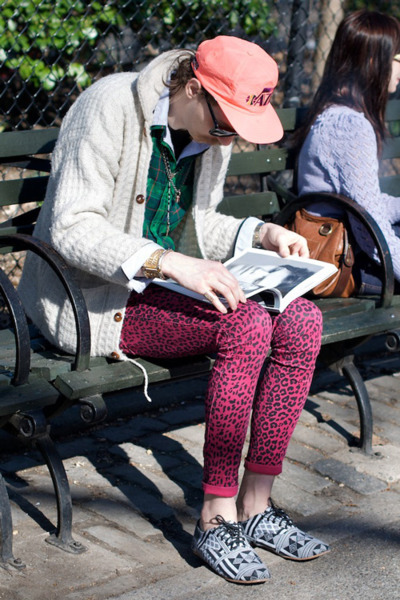 7. Own that Leopard outfit
Here is one way to own that leopard. I am almost for sure that this must be at Wal-Mart but it could be somewhere else. I believe that those are tomatoes on the floor. I hope that he’s careful when he’s leaving. Wait, it is a he right? I can’t tell because of the shoes. However, it does make me want some pineapple juice. 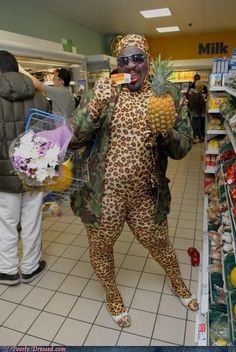 6. Don’t forget the hair accessories!
You can tell she really thought about this outfit. The reason why is because not only does her top and pants match but she also went out of her way to find a black hair scrunchie, lets not forget the black purse she has with it. If you’re going to go out and roar, might as well have all the proper accessories with your outfit. Yes, she’s another one from Wal-Mart. 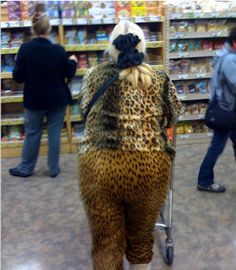 5. Matching leopard family
Like mother like daughter. They are a proud matching leopard family. It looks like they are going to go home and sleep after that long and exhausting shopping trip at Wal-Mart. My question is, where else did they go like this and what are they dressed up as the rest of the time if they aren’t dressed up as leopards? What husband or daddy said they looked cool? Is he wearing one as well or did he stay home and hide? 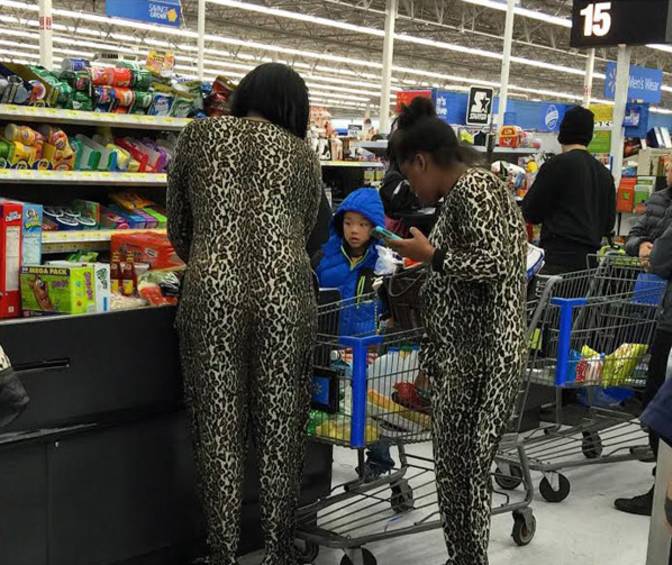 4. Sexy Leopard Thongs
If you love leopard but don’t want to show off your love for it to the public just go buy some thongs. It doesn’t matter if you’re man or woman. Wearing leopard thongs will make you look sexy and hot. Looks like he’s got some serious plans for the evening wearing those thongs and buying some ice cream. 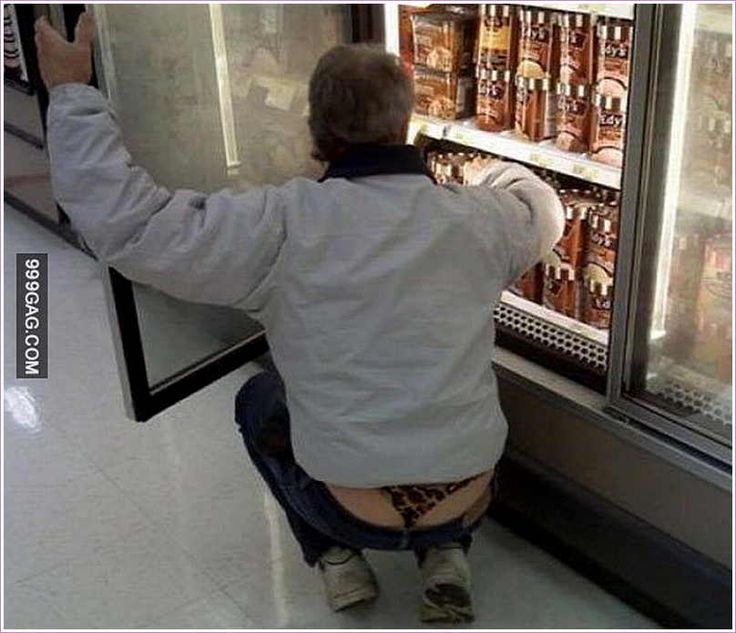 3. Cat lady on the prowl
Looks like the cat lady is thirsty! She probably got very thirsty after being on the prowl all night. Makes me want to start singing “eye of the tiger” right now. I am almost certain the woman next to her is probably her friend even though she didn’t get adventurous enough to wear leopard. I wonder how much beer they are buying for the evening. Looks like a fun party to me. 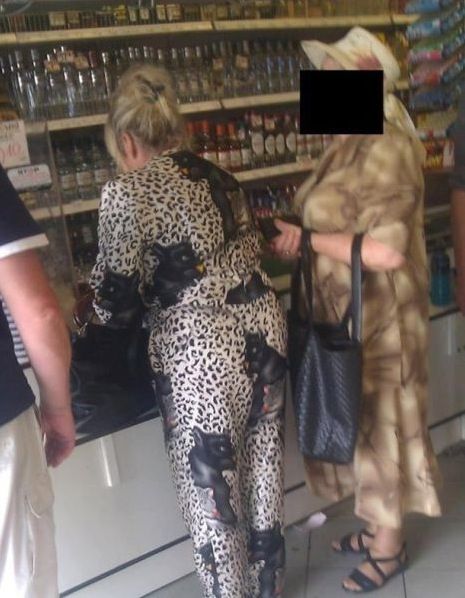 2. Pink leopard barbie
We can only hope that this outfit was for Halloween. If it wasn’t for Halloween we can then only hope they had plans to go shopping and visit Wal-Mart afterwards. There’s nothing wrong with wearing pink leopard. However, I am not so sure if Barbie would approve. Barbie might like those silver boots and fight over those and the wig. 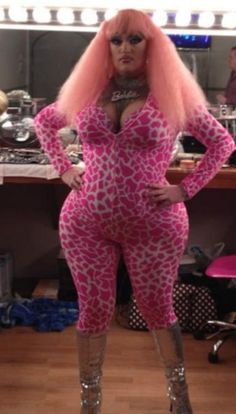 1. Sexy purple tank top with leopard pants
It only seems right that a people of Wal-Mart be the number one hilarious picture on here. If you’re hot and not might not know what to wear with those leopard pants, always remember to have a purple tank top handy. It could be just the thing you need to complete your outfit. At least we all know that the Dr.Pepper is safe and protected. She’s not going to let anyone touch or come near that Dr.Pepper. 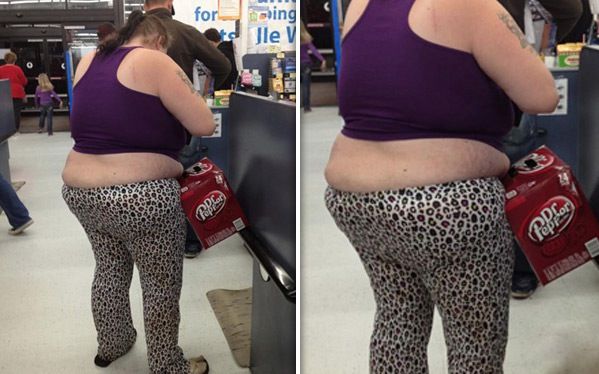 Conclusion
I am sure that by now we are all singing Eye of the Tiger so here’s the song for you. Maybe the song will help with chasing away those nightmares you could get tonight from looking at these hilarious People Wearing Leopard.

Like it? Share it!
10 Top Weird Ways To Get High Without Using Drugs < Previous
10 Interesting Fun Facts about Easter Next >